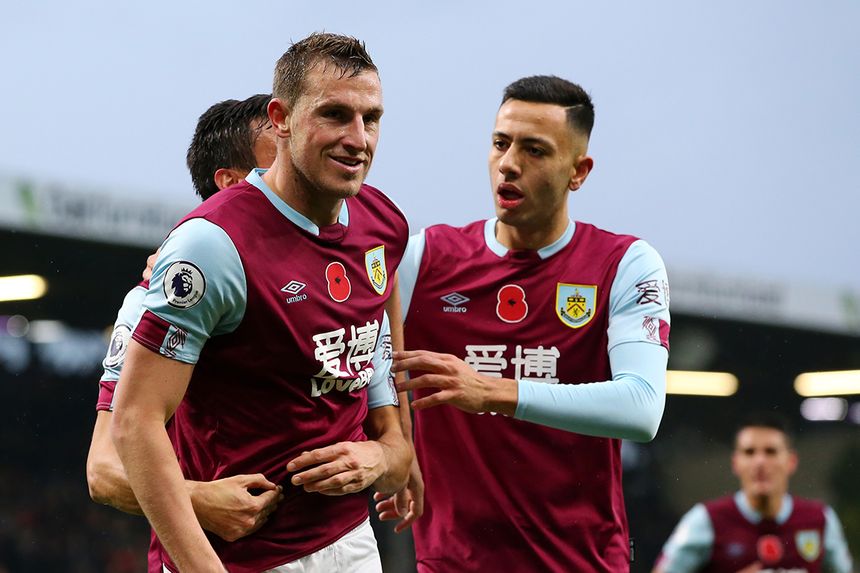 Chris Wood continues to be a thorn in West Ham United's side after the Burnley striker scored against the Hammers once again on Saturday.

For more on this and all the must-know facts for Matchweek 12, read on. To see the reports and key data for the matches, click on the fixtures.

Gerard Deulofeu's goal after 76 seconds for Watford was the second-quickest away goal scored in the Premier League this season, behind Harry Kane's effort after 47 seconds for Tottenham Hotspur at Liverpool.

Chris Wood has scored in all five of his Premier League matches against West Ham, the best 100 per cent scoring record against an opponent in the competition's history.

Seven of Newcastle United's last nine Premier League goals have been scored by defenders, with centre-back Ciaran Clark netting in consecutive matches for the Magpies.

Tom Davies scored his first Premier League goal for Everton in 553 days, with his previous strike also coming against Southampton in May 2018.

Sheffield United are only the third promoted side to avoid defeat in their opening six Premier League away matches, after Blackburn Rovers, who were unbeaten in their first eight in 1992/93, and Nottingham Forest, who went six without a loss in 1994/95.

Leicester City's haul of 26 points from 12 Premier League matches is their most at this stage of a top-flight campaign, and one more than they had in their title-winning season of 2015/16.

Manchester United named the youngest starting line-up for a Premier League match this season at 23 years 350 days, and their youngest since a 2-0 win over Crystal Palace in May 2017 (22y 284d).

Raul Jimenez has scored 13 goals in all competitions this season. Raheem Sterling is the only Premier League player with more, having struck 14.

Sadio Mane has scored 22 Premier League goals at Anfield since August 2018, more than any other player at a single venue in that time.