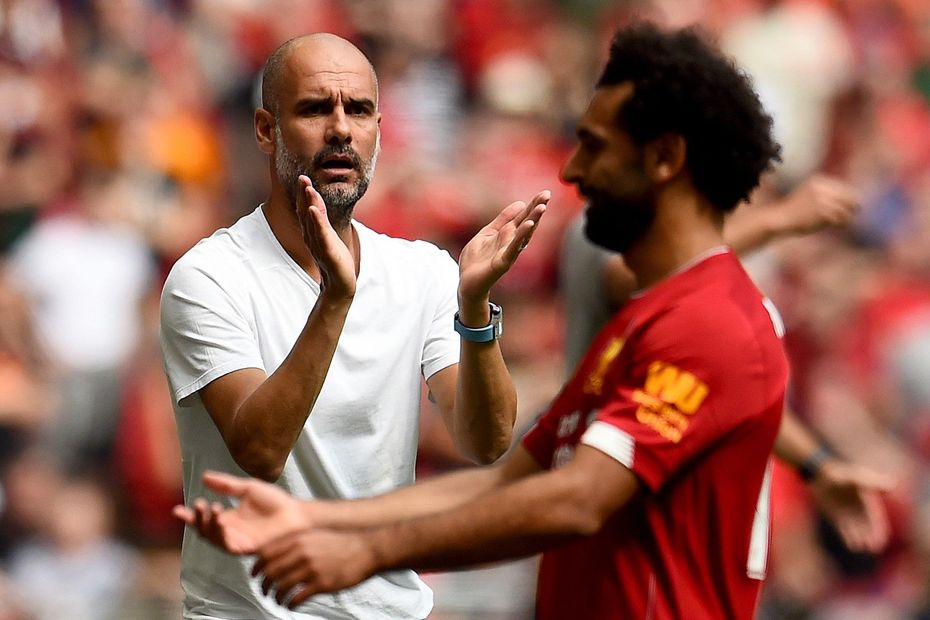 In the match of the Premier League campaign so far Manchester City are likely to repeat their successful strategy of last season when they visit Liverpool again on Sunday.

The champions earned a valuable 0-0 draw at Anfield by taking the sting out of their hosts' fast and furious approach.

Pep Guardiola opted for a controlled and often slow possession game designed to be a defensive tool. It stifled the energetic style that Jurgen Klopp's team have become renowned for.

A Liverpool win this weekend would leave Man City nine points behind in the race for the title, so with so much at stake we could witness another watchful performance from the title-holders.

Aggressive in the way they press and win tackles inside the opposition half, it is vital for all visiting sides to focus hard on not losing the ball in bad areas.

Many opponents struggle to handle them on Merseyside.

When you consider Liverpool average 60.8 per cent possession in matches at Anfield, their ball-winning stats are incredibly impressive.

For a side who have so much of the ball, they also win it back with high levels of efficiency.

So Man City will aim to take away this strength of their opponents.

It will be fascinating to see if one of the world’s most adventurous passing sides can again replicate that tactic.

The side to watch

Important duels will take place all over the pitch but one specific area draws extra interest.

With the attack-minded Benjamin Mendy or rare starter Angelino the options for Man City at left-back, I anticipate Liverpool targeting that position as a possible weakness.

Coupled with that, Trent Alexander-Arnold and Jordan Henderson have been dominant working in tandem down the Reds' right in recent outings.

With Mohamed Salah drifting inside, the England team-mates pushed forward with force in back-to-back comeback wins over Aston Villa and Tottenham Hotspur.

Considering he is a right-back, it is exceptional that across the last 180 minutes of top-flight action Alexander-Arnold has made 38 more entries to the penalty area than any other Liverpool player.

Together, he and Henderson have been excellent.

If they impose themselves in a similar way this weekend, it could make the difference.

Will the Reds apply the handbrake?

There is one caveat to consider, and that is Man City's own strength down that side of the pitch.

David Silva and Raheem Sterling have both been in exceptional form themselves.

If the former is passed fit then their twin threat could curtail Alexander-Arnold and Henderson's ambition in attack.

If they take unnecessary risks and holes appear for City's talismen to hurt them on the break, it could spell trouble.

Keep your eye on where Alexander-Arnold and Henderson take the majority of their touches at Anfield this Sunday.

If it is in the middle third that will be a sign of how well Guardiola's game plan is working.