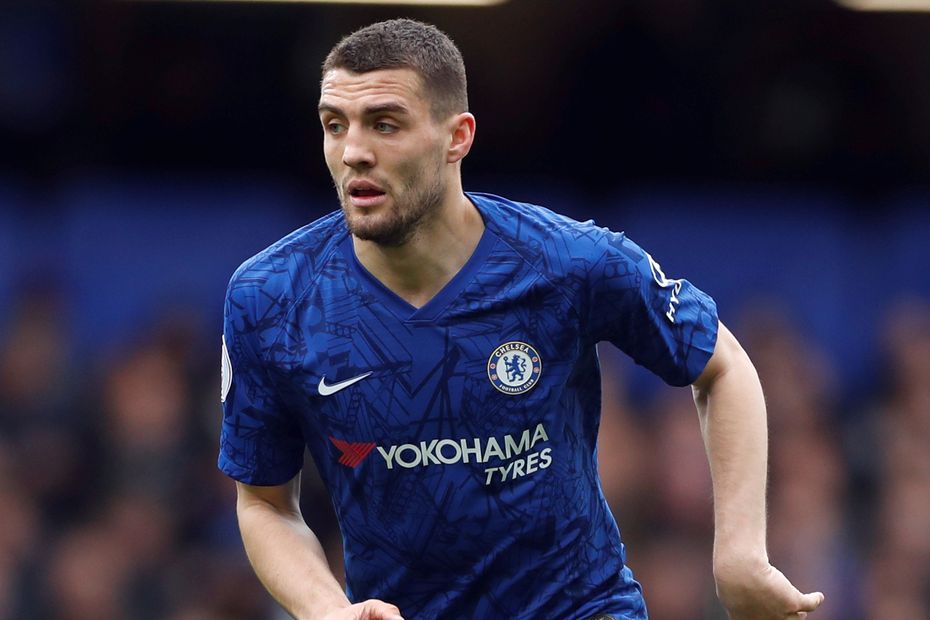 Chelsea must not allow an enforced change in central midfield to derail their five-match winning streak when they entertain Crystal Palace on Saturday.

The partnership between Jorginho and Mateo Kovacic has been instrumental in securing back-to-back Premier League away wins at Burnley and Watford.

Dominating the opposition with their quality on the ball, the pair made a collective total of 469 passes across those victories, at a combined accuracy of 93.9 per cent.

Suspension now rules in-form Jorginho out of Chelsea's match against Palace, but Frank Lampard is boosted by the return of N'Golo Kante after injury.

How the Frenchman gels with Kovacic in his first appearance for over a month will be a key factor as the Blues seek to maintain their excellent form.

Kovacic was imperious at Watford last weekend, completing 135 of an astonishing 141 passes.

Playing in a double pivot alongside Jorginho has helped restore the 25-year-old's confidence.

He is more consistent now than at any other time since he arrived from Real Madrid in the summer of 2018 and is fast becoming a key figure in the starting XI.

Kovacic is among the division's most prolific and accurate passers and is always looking to play forward, while he is also comfortably the best central midfielder when it comes to dribbling.

Quick and balanced when running with the ball, he has completed 26 of his 34 attempted take-ons with a 76.5 per cent success rate, outperforming all other midfielders with more than 17 dribbles to their name.

He can break the lines with a pass or a run, so one of Palace's main objectives in this London derby must be to disrupt his rhythm and deny him space.

Jorginho's flourishing partnership with Kovacic has meant Chelsea have not missed Kante while he has been recovering from injury, winning all three of their league matches without him.

Surprisingly, the two-time title winner has only been part of a winning Blues side once this season, in a 4-1 victory at Southampton, so he returns with a point to prove.

But he still makes the most interceptions per 90 minutes of any Chelsea man, with 2.82, and he will perhaps offer more of a goalscoring threat than Jorginho.

Scoring from two of his three shots in 2019/20, Kante currently boasts the best conversion rate at the club.

On paper, Kante's availability should lift Chelsea as they prepare to host a stubborn Palace side.

But breaking up the blossoming partnership between Jorginho and Kovacic's still feels like a pre-match blow to Lampard.

If Kante shines alongside the Croat on Saturday, Chelsea's head coach will certainly be given a selection headache ahead of Matchweek 13.