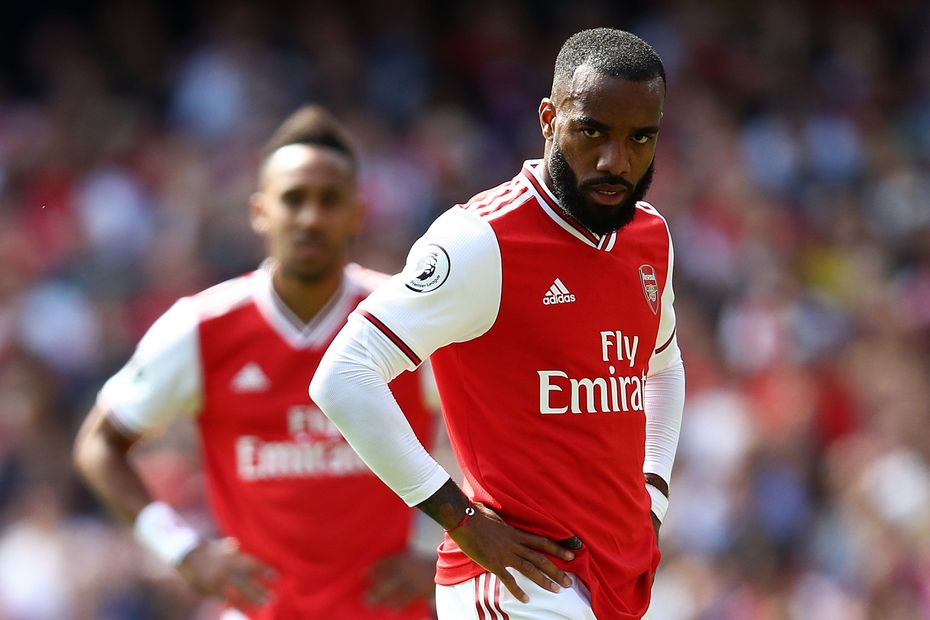 Arsenal will need to improve on and off the ball at third-placed Leicester City on Saturday.

Unai Emery's side are winless in three matches and have collected only 17 points from their opening 11 fixtures, six points fewer than at the same stage last season.

Creating very few clear-cut chances and allowing too many opportunities at the other end, they are rightly considered underdogs ahead of their trip to King Power Stadium.

Unlike Leicester, who have lined up in a 4-1-4-1 formation in all but one contest, Arsenal's shape alters on a match-by-match basis.

While 4-2-3-1 remains Emery's preferred system, he has used four alternatives since the opening weekend.

And in Wednesday's UEFA Europa League match against Vitoria Guimaraes, he also tried a 3-4-3 system.

The Spaniard used that shape only three times in the Premier League last season and has stuck with a back four in every top-flight fixture this campaign.

It will be interesting to see if he starts with a back three this weekend.

Emery's tactical tinkering is symptomatic of Arsenal's struggle to find a suitable system or identity.

Regardless of their shape, they have lacked confidence and fluidity in possession.

With movement ahead of the ball limited and quick combinations sparse, they are not creating enough quality openings and are lagging behind most of their top-six rivals with goals from open play.

Most goals in open play

Away from home, the Gunners have threatened on the counter-attack and from turnovers but in general play they have not been authoritative.

Facing a Leicester side who have claimed 13 points from a possible 15 at King Power Stadium will therefore be a tough challenge.

Recent form suggests Arsenal will be most dangerous from breakaways and set-pieces and the quality of Nicolas Pepe's left-footed deliveries and shots is a definite plus.

Space between the lines

When play breaks down Arsenal have not been compact enough.

A back four marshalled by David Luiz and Sokratis are setting their line extremely deep so there is a big gap between them and the midfielders.

As a result, it has been too easy for their opponents to get the ball forward into the feet of their attackers.

In this fixture last April, James Maddison and Youri Tielemans created a host of problems between the lines in a 3-0 home win, so Arsenal must restrict their space better this time.

Brendan Rodgers' side are also superb at forcing turnovers and springing the kind of counters that have hurt Arsenal this season.

Six of the Foxes' goals have come in such a way, with a further four scored from through-balls or long balls.

Leicester can score in a variety of ways, though.

Arsenal must cope with the pace and sharpness of Jamie Vardy and diligently defend crosses from the flanks, given Leicester have scored seven goals from left-wing crosses.

Overall, the Gunners must find a formula that curtails the Foxes' threat and reduces the number of shots that have been raining down on their goal.

Both in and out of possession, Emery's side have to show greater control, discipline and authority than they have done recently.

Tomorrow: Man City may slow down to curb fast and furious Liverpool