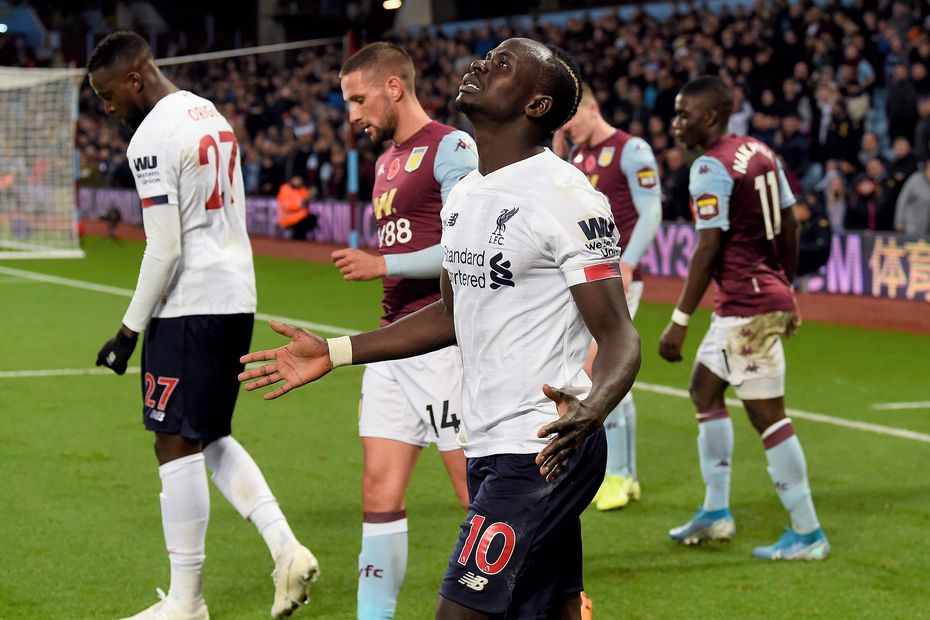 A fourth double-digit haul of the season has lifted Sadio Mane (£11.9m) to the top of the Fantasy Premier League points table.

The Liverpool winger scored the winning goal in his side's 2-1 victory at Aston Villa, after setting up the equaliser for Andrew Robertson (£6.9m).

Mane now has four assists this season, surpassing his total of three from 2018/19, and his 12-point haul at Villa Park has taken his overall figure to 76 points.

Biggest score of the season

However, it was John Lundstram (£4.7m) who was the standout player from Saturday’s eight matches.

The Sheffield United defender combined two goals and a clean sheet with the maximum three bonus points against Burnley.

He is the top-value player in the game, returning 14.5 points per million (ppm).

Lundstram's team-mate Lys Mousset (£4.9m) also impressed with a hat-trick of assists against the Clarets.

Jimenez took his tally to two goals and two assists in the last four Gameweeks by scoring Wolverhampton Wanderers’ equaliser in a 1-1 draw at Arsenal.

And his schedule raises the prospects of further big hauls.

According to the Fixture Difficulty Ratings (FDR), Wolves' next five opponents score no more than three.

Abraham scored once and supplied an assist in Chelsea’s win at Watford to claim 12 points.

His team-mate Christian Pulisic (£7.2m), meanwhile, is now the co-leader of the FPL form table, alongside Lundstram.

The US international took his tally to four goals in two Gameweeks by scoring the visitors' second at Vicarage Road.

And there was plenty of joy for FPL defenders in Gameweek 11, with Kyle Walker (£5.9m), Martin Montoya (£4.5m) and Adam Smith (£4.3m) all joining Lundstram in registering double-digit hauls.

Smith's AFC Bournemouth side have now kept three successive clean sheets ahead of a trip to Newcastle United.

Back with a bang

The winger supplied a goal and an assist in a 2-0 home win over Norwich City.

Owned by just 0.3 per cent, Trossard has provided 15 points in two appearances since returning from injury in Gameweek 10.