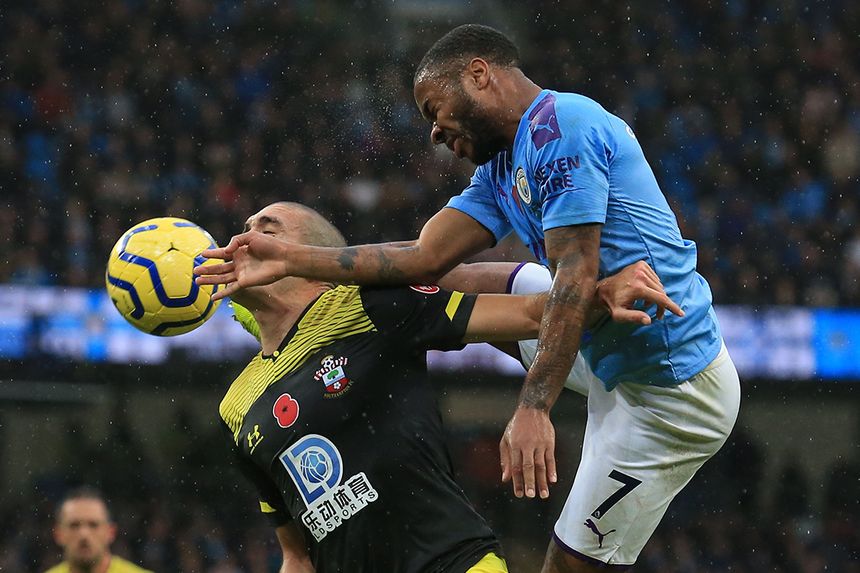 Most popular choice for captain fails to deliver with over 1.5million FPL managers left disappointed

For the seventh time this season the leading choice for the captain's armband in Fantasy Premier League failed to reward backers as Raheem Sterling (£12.1m) returned only one FPL point.

The Manchester City midfielder started against Southampton captained by 1.5million managers, but they were left disappointed by the winger, who was also booked, in the 2-1 victory.

It was a similar story for the third-most picked player for the armband, Kevin De Bruyne (£10.2m), who managed only two points.

The 884,000 who placed their faith in Sergio Aguero (£12.1m), the second-most popular choice for the armband, fared better as the Argentinian started for the first time in three Gameweeks and scored his ninth goal of the season.

Sadio Mane (£11.9m) left it late to reward those majority among the top 100 FPL managers who preferred him to Aguero.

Mane struck a stoppage-time winner after assisting Andrew Robertson's 86th-minute equaliser for a nine-point return and is set for full bonus points to become the leading FPL points scorer this season.

The leader Mane is set to replace, Jamie Vardy (£9.3m), was the most popular transfer in ahead of the Gameweek 11 deadline. Vardy scored a hat-trick and provided an assist in Leicester's record win at Saints last week.

However Sunday opponents Crystal Palace, are likely to provide a stiffer test. The Eagles have kept three clean sheets at home this season and conceded only three goals.

Three forwards were the most transferred-out players.

Teemu Pukki (£6.9m) was sold by more than 379,000 FPL managers after five blanks in a row, and their decision was justified as the Finn again failed to record a goal involvement.

Aguero was also the second most-sold player but the almost 300,000 managers who sold him after his two-Gameweek starting absence will be kicking themselves.