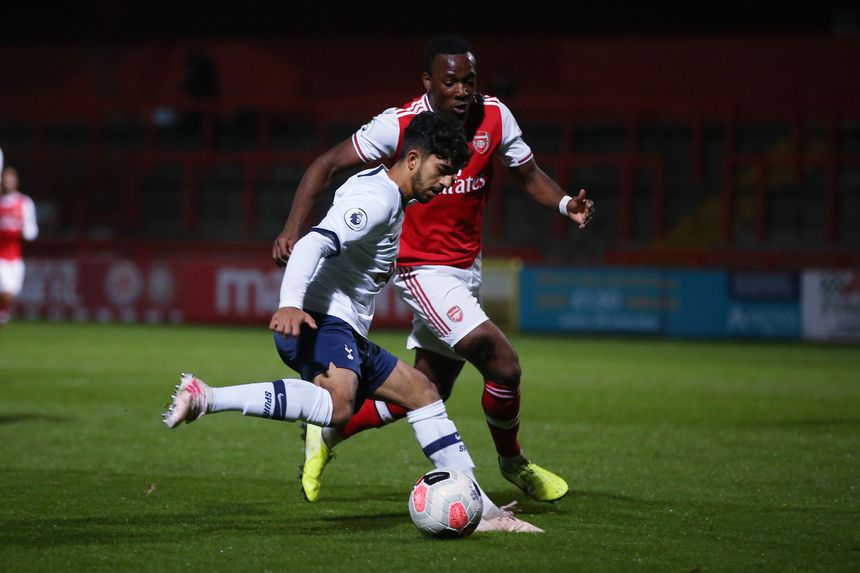 Arsenal closed in on the Premier League 2 Division 1 leaders with a 3-1 win at Tottenham Hotspur in the north London derby.

Gunners captain Robbie Burton fired the visitors into a 38th-minute lead from close range after Tyreece John-Jules' shot had been saved.

It was 2-0 in first-half stoppage time when Emile Smith Rowe's clever cutback was finished by 18-year-old striker Trae Coyle.

Konstantinos Mavropanos came close for Arsenal after the break with a powerful header before Harvey White pulled a goal back for Spurs.

But in the final minute substitute Nathan Tormey sealed all three points that take third-placed Arsenal to four points behind Derby County, who drew on Friday. Spurs are eighth.