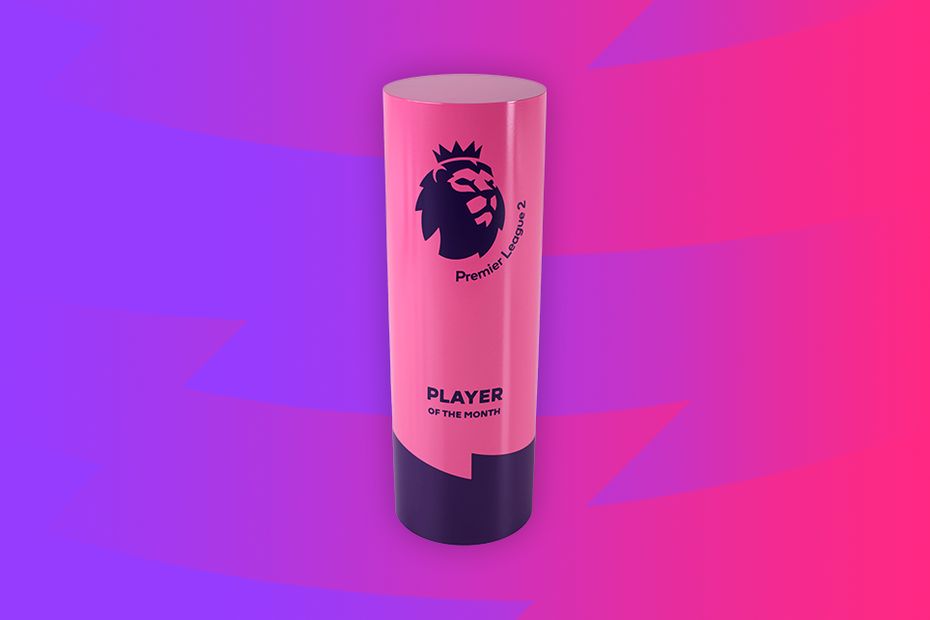 Seven players were nominated for the Premier League 2 Player of the Month award for October.

The nominees were decided by the Premier League Football Development Panel after PL2 club coaches picked the standout performance by an opposing player in each of their league matches during October.

The 20-year-old forward scored two goals and got an assist as Derby County won both PL2 matches in the month, against Everton and Brighton & Hove Albion, to overtake Chelsea at the top of Division 1.

Holland, a 21-year-old winger, helped keep his side flying at the top of Division 2. He scored twice at Stoke City and then assisted at Norwich City as West Ham United won back-to-back away matches to stay unbeaten this season. He also set up two goals in the Leasing.com Trophy.

A second Derby nominee, 18-year-old midfielder Knight ended a memorable month with both goals in the 2-1 win at Brighton that took Derby top. The Republic of Ireland youth international also got an assist in October.

Eighteen-year-old Belgian winger Ramazani scored two goals, netting in both of Manchester United's wins as they kept up their chase of leaders West Ham and promotion to Division 1.

Last month's winner and PL2's top scorer kept up his scintillating form since being converted into a striker with two goals and two assists in West Ham's perfect month. The 20-year-old also found the net in the PL International Cup against Wolfsburg.

The youngest player to earn a nomination, 17-year-old Thomas stood out despite Swansea City falling to PL2 defeats against Man Utd and West Bromwich Albion. The Welsh forward also led the line in a 2-1 Premier League Cup win at Charlton Athletic.

Attacking midfielder Wright, 19, netted two goals, one in each Division 1 victory over Tottenham Hotspur and Southampton, as Leicester City moved up to fifth place.