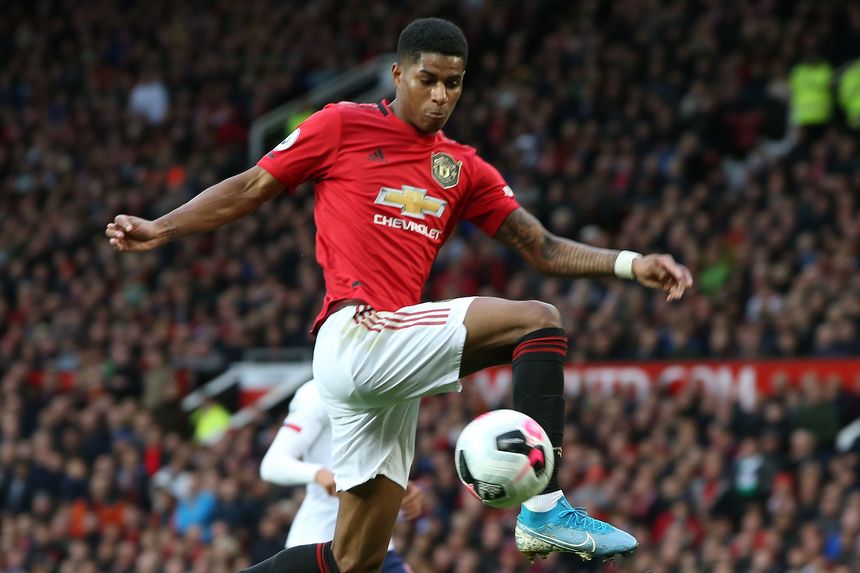 Premier League's all-time leading scorer praises return to form of Man Utd striker, whom he names in his Matchweek 9 Team of the Week

Budweiser Kings of the Match: Matchweek 9

Rashford: We can kick on from Liverpool draw External Link
Match officials appointed for Matchweek 10

Marcus Rashford produced one of his best performances of the season for Manchester United in the 1-1 draw against Liverpool to earn a place in Alan Shearer's Team of the Week from the ninth round of matches.

The 21-year-old was "at the top of his game", said Shearer, who was impressed by Rashford's pace, skill and positional sense, along with his goal.

📣 Introducing @alanshearer's Team of the Week! 📣

Agree with his XI? pic.twitter.com/2TA90IJhLI

The Manchester City goalkeeper made two fantastic saves from Christian Benteke and Wilfried Zaha to deny Crystal Palace and keep a clean sheet. Also showed great calmness with the ball at his feet.

Chris Wilder's Blades may just start getting the credit that they deserve. They were very sound defensively again and Baldock was superb in helping keep a clean sheet.

Marshalled his defence quite brilliantly against an Arsenal side in which top scorer Pierre-Emerick Aubameyang was anonymous!

This was a powerful display by the Everton defender. They needed a leader and he fitted the bill. He was dominant at the back and didn't give Sebastien Haller a sniff for West Ham United.

A solid all-round display, the Chelsea defender gave nothing away defensively to frustrate Newcastle United. At the other end he provided the winner with his first goal of the campaign.

Everton barely gave the West Ham midfield a look-in and a big part of that was down to Gomes. He ran the centre of the park with his touch, technique and energy.

Bottom club Watford weren't fancied to get much at Tottenham Hotspur but they were good value for a point. Doucoure played a big part in that and as well as his goal, he was simply magnificent throughout.

Wow. This was another sparkling performance and goal from the Man City midfielder. He really is going to be missed in the Premier League next season.

An enterprising and energetic display, he was always on the front foot. The midfielder was key in driving Leicester City on as they came from 1-0 down to win this match thanks to his goal.

If you are going to try and impress the England manager who was watching from the stands, this is the way to do it! A goal and an assist shouldn't do his chances any harm at all.

This was Rashford showing what a handful he can be. He had energy, was full of running and the movement for his goal was much, much better. He was at the top of his game and provided a neat finish for his goal too.

This wasn't just a big performance by Everton after a run of four straight defeats, it was a big result for the manager too and moves them out of the bottom three.