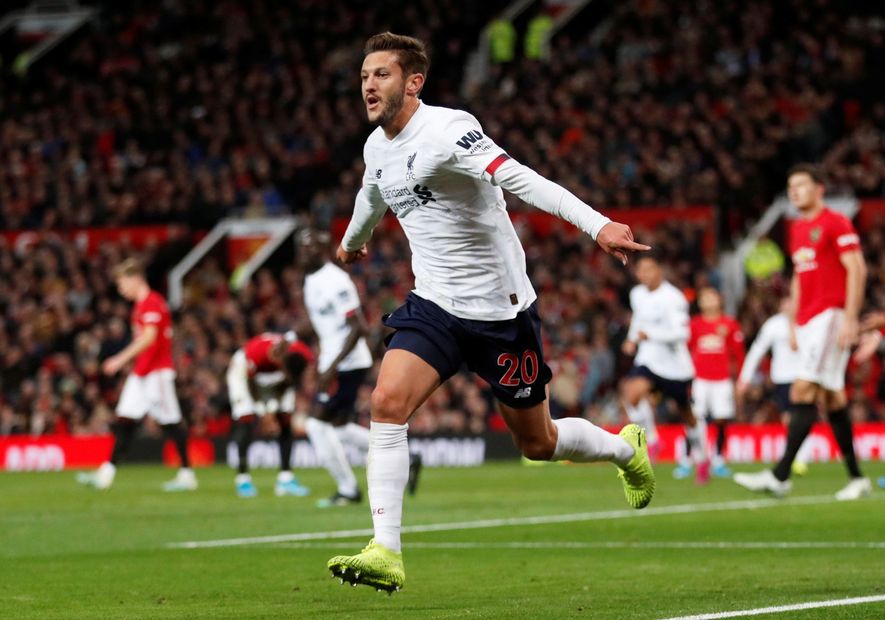 Substitute gives the league leaders a 1-1 draw at Man Utd, a result which prevents them matching a Premier League record

Substitute Adam Lallana rescued a point for Liverpool as they drew 1-1 against Manchester United at Old Trafford, a result which ends their 17-match winning run in the Premier League.

The home side took the lead on 36 minutes when Daniel James raced down the right wing and crossed for Marcus Rashford to tap in from six yards out.

Sadio Mane thought he had equalised on the stroke of half-time but his goal was disallowed for handball with the help of the Video Assistant Referee.

Rashford dragged a shot wide of the post in the second half as United remained a threat on the counter-attack.

But Lallana equalised with five minutes remaining, guiding in Andrew Robertson's cross at the back-post 14 minutes after coming on for his first league goal since 2017.

Substitute Alex Oxlade-Chamberlain shot narrowly wide late on but Liverpool could not claim the goal that would have equalled Manchester City's record of 18 consecutive league wins.

The Reds remain unbeaten this season, however, and are six points clear of second-placed Man City. United are in 13th place with 10 points.