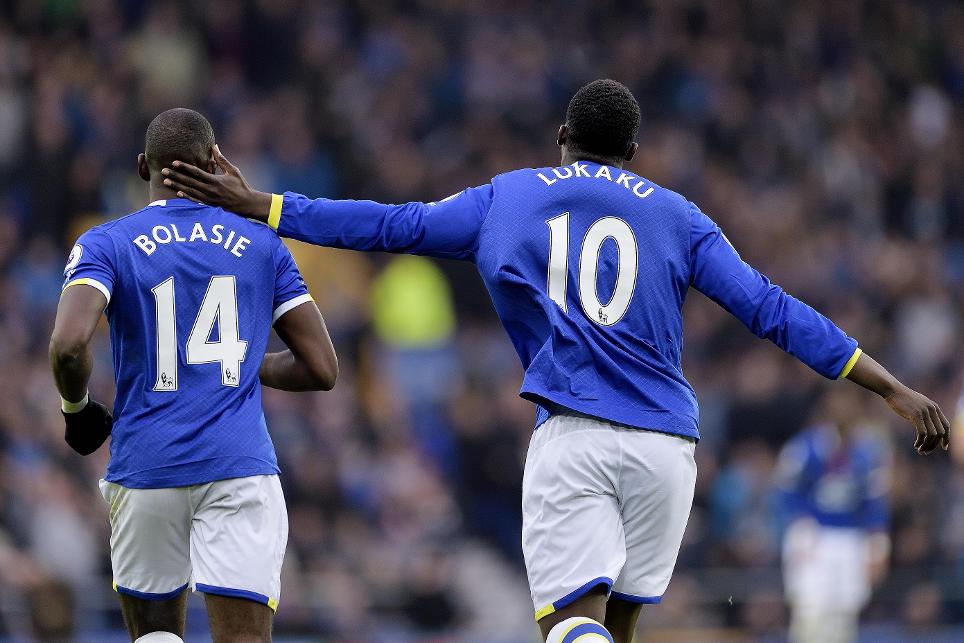 To succeed in football you need great chemistry and effective partnerships between players, so Adrian Clarke has picked out some of this season's brightest combinations, starting with Everton's Yannick Bolasie and Romelu Lukaku.

Team-mates don't have to like one another’s company, but it often helps.

Everton are finding that notion to be true this term, with Yannick Bolasie striking up an instant rapport, on and off the pitch, with Romelu Lukaku.

Both of Congolese descent, the pair recently confessed that during matches they like to communicate in a language that’s unknown to most of their opponents.

"We speak Lingala on the pitch," said Bolasie. "There aren't too many defenders who speak it, so that gives us a little bit of an advantage. It's particularly useful because it's quick."

As footballers they interact very well with another, too.

This is largely because Bolasie’s powerful and direct style gets him into advanced crossing positions more often than most.

Lukaku is the kind of front man who loves running on to deliveries that are fizzed across the face of goal.

It's a scenario he thrives on, and last season Gerard Deulofeu was the only Everton wide man who regularly took on full-backs on the outside.

It was no coincidence the Spaniard laid on by far the most assists for the club's top scorer.

From just nine starts together, Bolasie, has created four goals for his new team-mate, with three stemming from crosses that found Lukaku inside the six-yard-box.

Capable of creating chances with either foot (two of the assists were produced with his left) Bolasie, 27, provides an unpredictable, yet ideal supply line.

With Deulofeu out of favour with Ronald Koeman, the club’s investment in Bolasie is looking ever more shrewd.

For instance, no two players in the Premier League have created more goals for one another so far in 2016/17.

Overall, only six other pairings have set each other up for more shots on goal than Bolasie and Lukaku, with seven of the Everton duo’s 11 chances falling to the striker who scored 32% of their goals last season.

For Everton to push on this term and claim a top-eight finish, they need to keep their most prolific goalscorer happy.

Provided that Bolasie remains fit and in good form, that shouldn't be an issue.