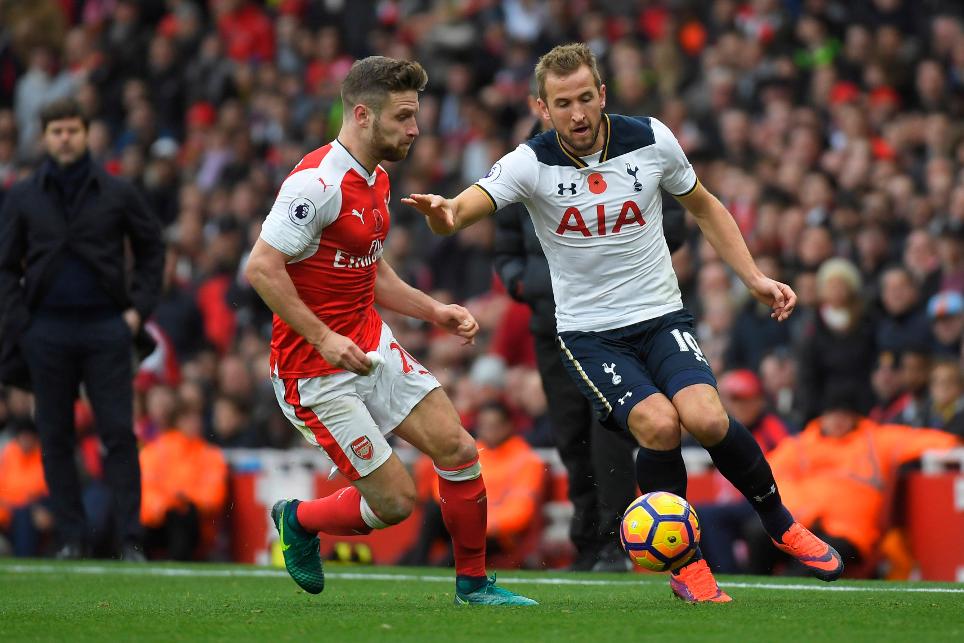 Spurs reaction: 'We needed to fight' External Link
Why Arsenal's derby goal was not offside

The Tottenham Hotspur midfielder scored 29 in the Bonus Points System, with a typically influential performance against Arsenal.

Awarded the assist for the visitors’ second-half spot-kick, Dembele completed 89% of his 47 attempted passes and six dribbles.

Handed a first start since Gameweek 5 after recovering from an ankle injury, the forward scored 26 in the BPS.

The tenacious midfielder made 10 recoveries, three successful tackles and four CBI. He also completed 81% of his 44 attempted passes.

Awarded an FPL assist for Kevin Wimmer’s (£4.6m) own goal, Ozil created five scoring opportunities and made more successful passes in the final third (24) than any other player in Sunday's match.

Sanchez laid on four goalscoring opportunities, though his own two efforts were both from distance and off target.

Owned by only 5% of Fantasy Premier League managers, Kane’s return to action is perfectly timed to potentially shake up established three-man frontlines.

The Spurs forward has now netted in each of his last three Premier League appearances.

Up next, he can look forward to four home matches in the next seven Gameweeks, with West Ham United, Swansea City, Hull City and Burnley all visiting White Hart Lane.

With Dele Alli (£8.2m) ruled out due to a knee injury, Mauricio Pochettino’s decision to trial a 3-5-2 allowed Son Heung-min (£7.3m) to start alongside Kane up front.

But the South Korean failed to register a single attempt and has now dropped £0.4 in price since Gameweek 9; he is without a goal in five Premier League outings.

The Spurs manager will need to monitor the fitness of Kyle Walker (£6.1m), who was forced off towards the end of the second half. Owned by 37.7% of FPL managers, Walker is the most popular defender in the game.

Subject to more transfers out (297,529) than any player in Gameweek 11, Theo Walcott (£7.8m) returned to the Arsenal first XI after recovering from a hamstring problem.

Replaced on 70 minutes, there are still question marks over Walcott’s pitch time in the light of Arsene Wenger's plentiful attacking options.

Sanchez drew a blank and has now scored just once in five Premier League matches on home turf.

He was handed the Gunners’ lone striker role once again, though the introduction of Olivier Giroud (£8.8m) on 69 minutes required the Chilean to shift to a position on the flank.