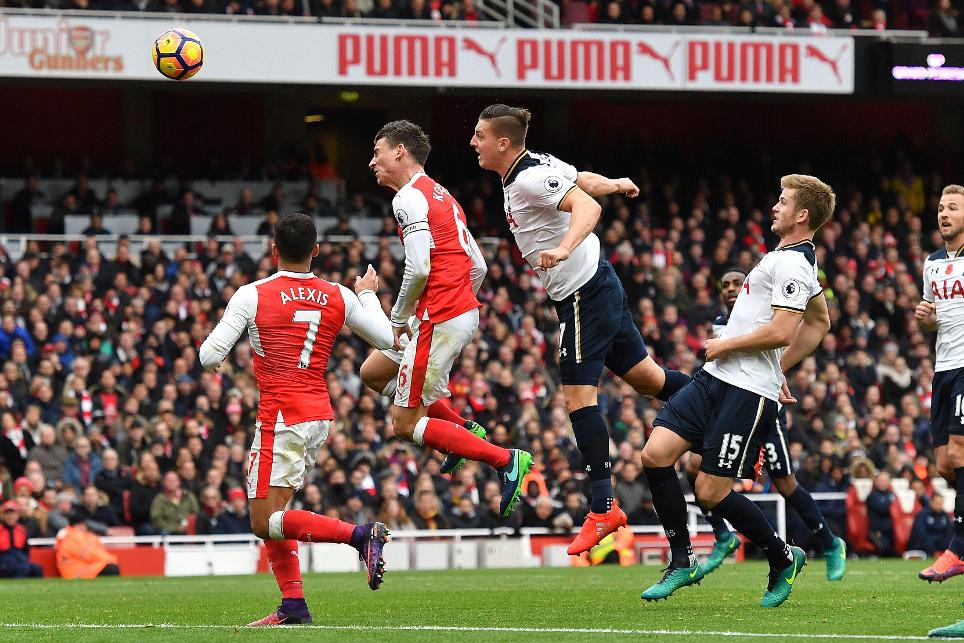 Arsenal's goal against Tottenham Hotspur on Sunday generated debate as to whether it should have stood because of Arsenal players being in an offside position.

The Professional Game Match Officials Limited (PGMOL) has explained why Kevin Wimmer’s own goal was allowed to stand.

The clarification regarding the offside situation is based on consistent application of the principles that were introduced following the IFAB change in wording to the offside rule at the start of the 2015/16 season.

Both Alexis Sanchez and Shkodran Mustafi are in an offside position when the free-kick is taken, but they do not impact on Wimmer's ability to play the ball.

Equally, Wimmer’s movement or ball-playing options are not clearly restricted by the physical movement and/or actions of any Arsenal player in an offside position.

Also, Laurent Koscielny is in an onside position, so there is no issue there.

IFAB Guidance on interfering with an opponent
A player in an offside position shall be penalised if he:
• clearly attempts to play a ball which is close to him when this action impacts on an opponent
or
• makes an obvious action which clearly impacts on the ability of an opponent to play the ball