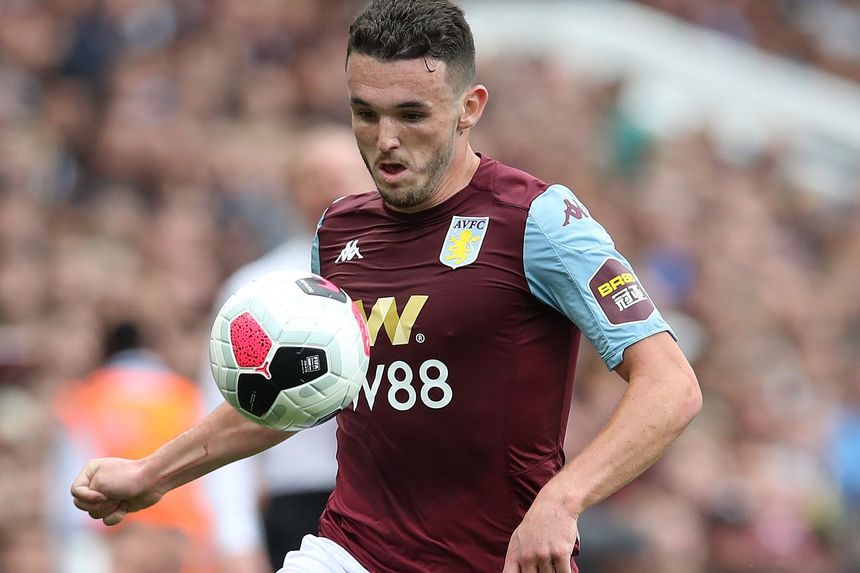 If Aston Villa are to achieve their goal of staying in the Premier League this season then John McGinn will play a vital role, according to Alan Shearer.

The midfielder gave another outstanding performance in his side's 2-2 draw with Burnley, scoring for the third time this season after having an earlier goal overturned by VAR, earning his place in Shearer's Team of the Week.

"He showed great energy in midfield and a superb eye for a pass," said Shearer. "He has become invaluable to Villa's prospects of staying up."

What do you make of this XI? pic.twitter.com/rwuAB9FlkX

Made several outstanding saves to frustrate Everton when the scoreline was tight. Helped Manchester City avoid another upset on the road.

Wreaked havoc with his marauding runs down the right. Broke the deadlock with a great goal and also helped his side to a clean sheet.

Was magnificent. A great reader of the game, a calming influence in defence, and he produced some excellent passes out from the back too.

Scored his second goal in as many matches for West Ham. Has really grasped his chance since returning to the side.

Has re-emerged as one of Wolves' chief threats, scoring a crucial goal for his side in an equally vital first league win of the season.

The Man City winger gave a masterful display in midfield and weighed in with a sublime free-kick at a crucial time.

Great energy in midfield, a superb eye for a pass and got his third goal of the season, while another was overturned by VAR. He has become invaluable to his team's prospects of staying up.

A goal and an assist from the Norwegian, who is thriving in his new role on the left side of Eddie Howe's midfield.

Seems to get better year by year. A real live-wire who never stopped running, and produced two typical ruthless finishes.

Showed great leadership, while starting and clinically finishing the move that produced the decisive goal when Spurs were down to 10 men.

His side played Newcastle off the park. In a short space of time he has turned Leicester into top-four contenders.