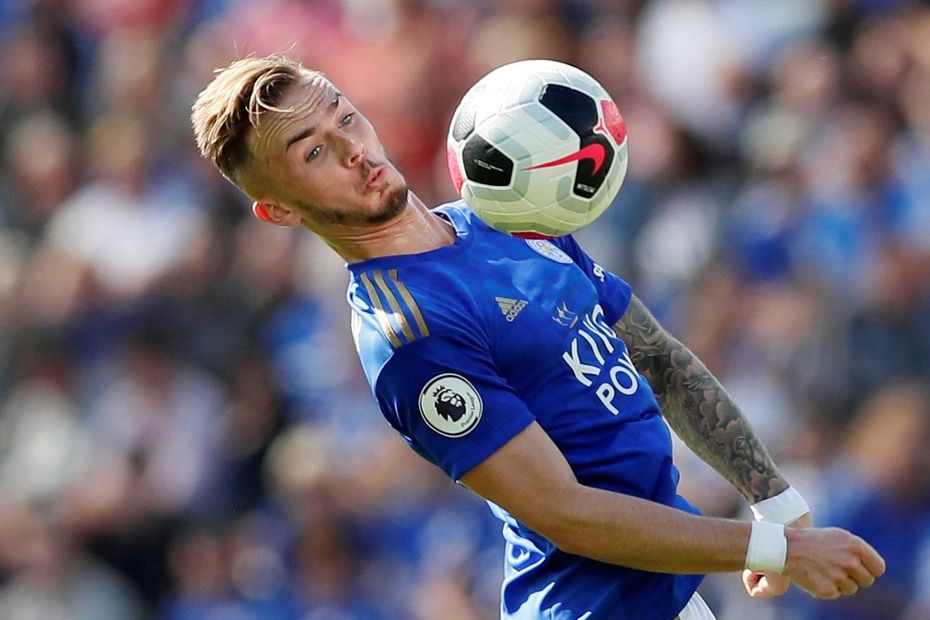 Brendan Rodgers will be hopeful that James Maddison is fit to face Newcastle United on Sunday.

The 22-year-old brings versatility to a Leicester City side sitting in third place with ambitions of finishing in the top six come May.

If he recovers from a knock to the ankle picked up against Tottenham Hotspur last weekend, where he plays will be a clear sign of how Rodgers plans to beat the Magpies.

Whenever the manager pairs him alongside Youri Tielemans in front of Wilfred Ndidi, it indicates they will adopt an assertive and forward-thinking approach.

Statistically, the Foxes are far more dangerous in the final third with him operating as a central attacking midfielder (CAM) than on the left wing (LW).

Their expected goals (xG) metric has been far superior in matches Maddison started in the middle.

But despite his influence in this position, it has not been Rodgers’ go-to approach in the opening weeks of the season.

In four of Leicester's six matches the Northern Irishman has sacrificed Maddison's flair and adventure in central areas for a slightly more pragmatic style.

Rodgers has instead placed extra importance on pressing and tackling in the middle, and so has picked ball-winning midfielder Hamza Choudhury.

As a consequence Maddison has been pushed to the left-hand-side of a 4-1-4-1 formation.

Maddison is not a natural winger so Leicester can look a little unbalanced when he is operating on the flank.

But one factor behind Rodgers' use of him there is the positional confusion he can cause in that role.

The playmaker likes to drift inside to find pockets of space. This in turn frees up extra room for left-back Ben Chilwell to storm forward.

And occupying those half-spaces asks questions of full-backs, who sometimes seem unsure about how far to track him.

In many respects Maddison is a manager's dream.

He offers Rodgers the option to alter his tactical approach without the need for a substitution.

We saw this in a 1-1 draw at Chelsea in Matchweek 2 when the Foxes produced an outstanding second-half performance.

Trailing 1-0 at the break, Maddison moved infield to play the second half at the tip of a diamond. It had a huge impact on the match.

Chelsea were unable to adjust quickly enough to his new position and he turned the match around by getting into some fabulous positions and setting up  Ndidi's equaliser.

On the back of a 2-1 victory over Spurs, which was decided by Maddison's long-range strike, I anticipate seeing him in a central berth if fit this weekend.

It is hard to envisage the need for an extra ball-winner in the middle of the park against a Newcastle side lying in 17th place with five points.

In a free box-to-box role the Premier League's most prolific midfield shot taker will need to be shackled very closely by the Magpies.

Most open-play shots this season