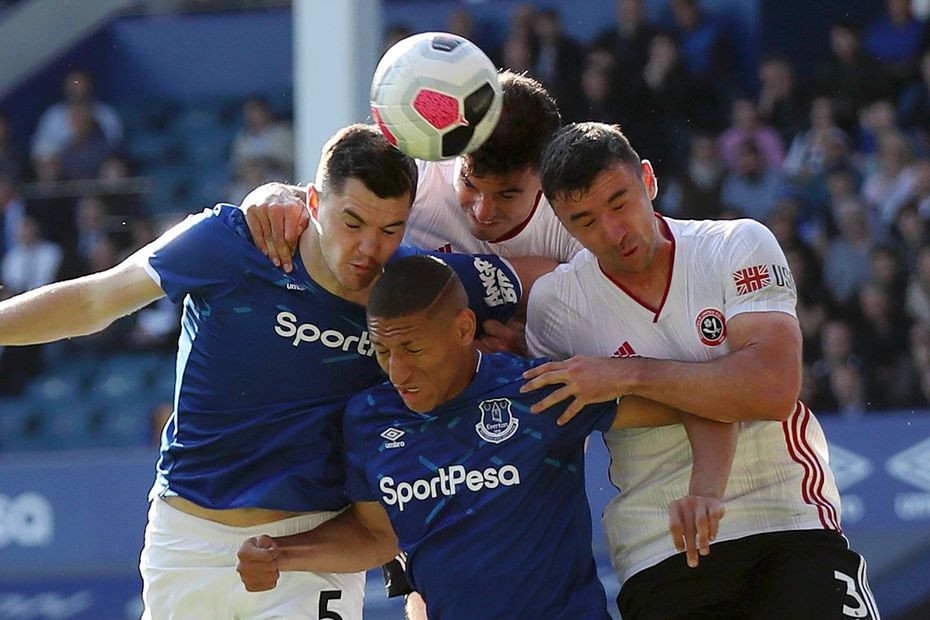 Digne explains why Silva is one of the best External Link

While converting quality possession into goals has been problematic for Everton this term, they must primarily focus on resolving their defensive deficiencies as they prepare to host Manchester City.

Set-pieces have been a particular weakness.

Four of the last six goals the Toffees have conceded have come from set-plays: a long throw against Wolverhampton Wanderers, a wide free-kick and corner against AFC Bournemouth and another corner against Sheffield United.

It is an issue that has plagued Everton ever since Marco Silva took charge. Since the summer of 2018, no side have conceded more set-piece goals in the Premier League.

It was also a weak area when Silva was in charge of Watford and Hull City, so you can expect Man City to target their hosts from dead-ball situations.

Everton have also been vulnerable to through-balls in recent weeks.

Lys Mousset, Callum Wilson and Wesley have all scored against them after running in behind.

Under Silva, the Toffees like to press and keep the ball inside opposition territory.

But with two attacking full-backs and a centre-back pairing that is not especially mobile, they are vulnerable to passes played in behind them.

This will be a cause for concern as Everton now ready themselves to face Sergio Aguero and Raheem Sterling, two of the best in the business when it comes to movement in the final third.

Everton may therefore choose to hold their line a little deeper on Saturday evening.

Tempering their desire to win the ball high up the field, and adopting a more pragmatic approach, feels like a sensible option.

But if they do decide to close City down in advanced areas, the entire team must commit to the tactic.

If the front players press while those behind them sit off for fear of being bypassed, it could create huge holes in central areas.

However Silva decides to approach this match tactically, it will be a different type of contest to the ones Everton have had so far in 2019/20.

Five of their six opponents to date have been happy to sacrifice the ball and the Toffees have averaged 60 per cent possession, second only to Man City.

But this has not really suited them.

In fact, Everton's two victories this season have come in the matches where they had their lowest share of the play.

Everton will be disappointed with their performances and results so far this term, especially as they are yet to face one of last season's top-six clubs.

A tally of only five goals from six outings will be a source of enormous frustration.

But we may not have seen them perform in the style that suits them best.

If they are better equipped to play on the counter-attack, a tactic they are likely to be forced to adopt this weekend, we should see positive signs against City.