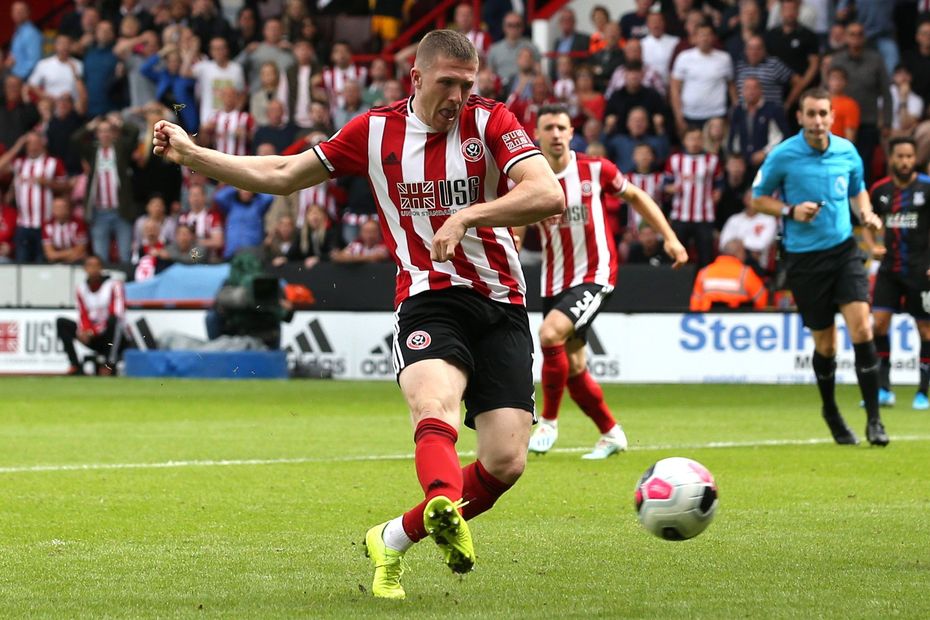 Sheffield United's bravery on the ball and willingness to stick to the manager's principles have shone through during their positive start to life back in the Premier League.

The Blades are having less of the ball than they did in the Championship, with their average share of possession dropping from 51 per cent to 43 per cent, but their style is the same.

Under Chris Wilder they continue to make the pitch as big as possible in possession.

Both wing-backs push on, the widest central defenders head towards the touchlines, and midfielders John Fleck and John Lundstram split wide too.

One of Sheffield United's key tactical traits is to create overloads down the flanks, which in turn opens up space inside for their two strikers to show for the ball.

Just 17 per cent of the Blades' forays forward inside the opposition half have come through the middle of the pitch.

This is the second-lowest percentage in the league, behind Norwich City on 16.1 per cent. Top of list with 29.4 per cent are Tottenham Hotspur.

Oliver Norwood, Fleck and Lundstram are not names attracting widespread praise, but Wilder will be pleased with their work.

Sat at the base of their midfield is Norwood, a technical player who likes to drill long diagonal passes into wide areas.

His accuracy is usually excellent and he has by some distance delivered more successful long passes than anybody in the Premier League this season.

The 28-year-old's distribution is the heartbeat of the team.

Out of possession, the central players work extremely hard to stay compact. Lundstram and Norwood are especially good at breaking up play, making 12 and 11 interceptions respectively this season.

On the ball, they are proactive, often pulling wide to create opportunities for others with a pass or cross.

In terms of key passes made, Norwood, Fleck and Lundstram have delivered more than anyone else at Bramall Lane this season.

Most key passes in open play

Always looking to pick out a forward pass, or link play inside the final third, Wilder's group of busy technical midfielders do a terrific job in and out of possession.

Liverpool will be huge favourites to win on the promoted side's home patch this weekend but the framework of Sheffield United's side is extremely solid.

Every individual knows their role inside out and this tactical clarity will make the Blades competitive this season.