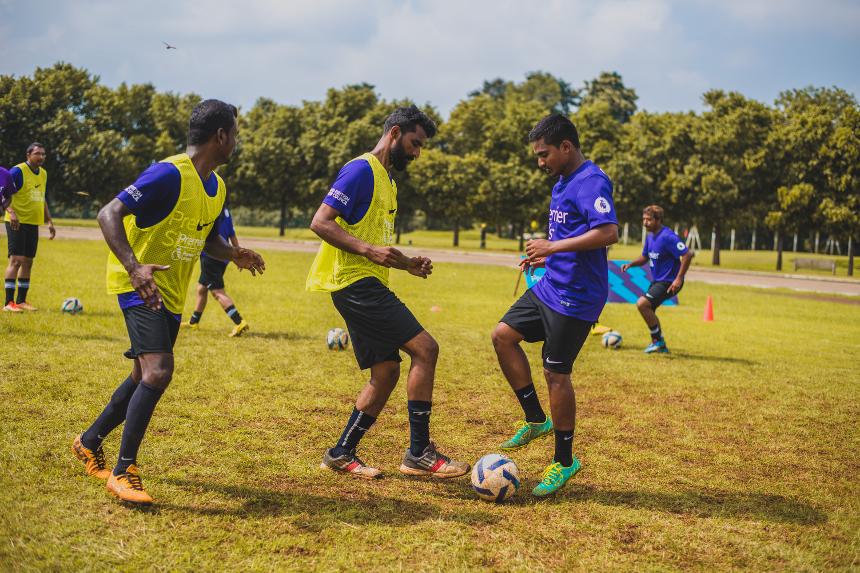 The Premier League has been supporting football development in India for more than a decade with a number of local football organisations.

In 2014, a mutual cooperation agreement was signed with the Indian Super League (ISL), where the Premier League would share knowledge and provide strategic support and ideas around the development of the game at all levels.

In 2019, the Premier League hosted the Football Development Week in Mumbai, marking a new phase in our ISL partnership, with a focus on youth development.

Academy teams and coaches from Arsenal and Leicester City visited and took part in the PL-ISL Youth Games tournament against local youth sides.

The Football Development Week will return to India in February 2020.

Since 2007, the Premier Skills programme has been active in India, developing coaches.

The Premier League programme, in partnership with the British Council, has trained more than 2,000 local coaches and referees who have gone on to work with 105,000 young people.

The Premier League has also sought to bring the fans in India closer to the action with fan events.

In addition, the Premier League rights holder in India, Star Sports, has held a number of fan screenings.