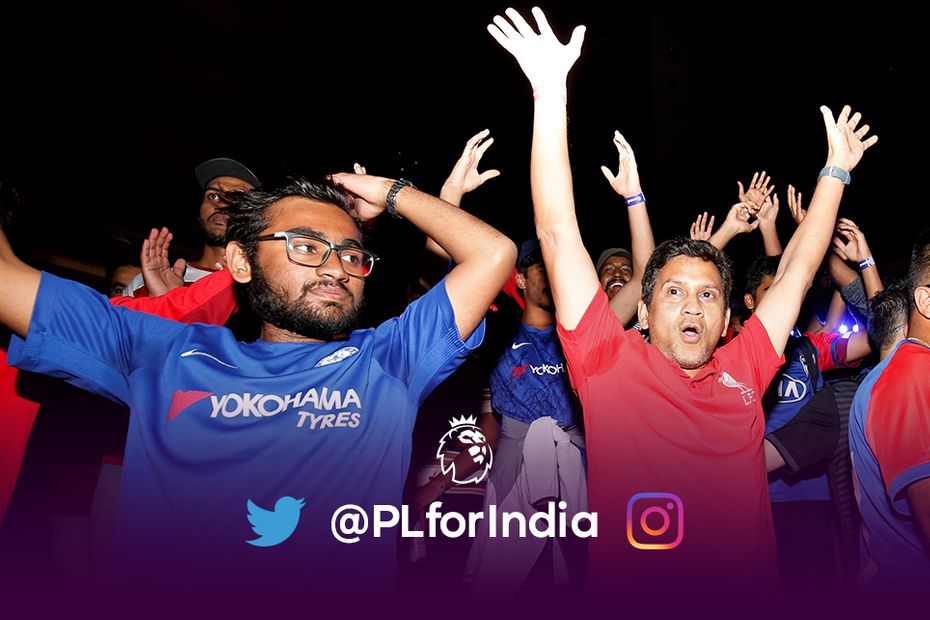 It will be produced primarily in English and Hindi although, moving forward, the plan is to also feature selected content in other Indian dialects.

The content will be published via @PLforIndia on both platforms and will celebrate and share the passion shown by Indian fans for Premier League clubs.

This is everyone's game!

We can't wait to get started and share your passion for the @premierleague. 🇮🇳 #PL #PLforIndia pic.twitter.com/mrh5QETVC0

Bollywood star and Arsenal supporter Ranveer Singh, who has been the Premier League’s official ambassador in India since 2017, filmed exclusive content to mark the launch.

Other influencers will also be engaged to highlight key moments throughout the season.

"The Premier League has shown its commitment to the development of football in India for many years.

"We also work closely with our broadcast partner and have staged a number of fan events, where we witness first-hand the incredible support they show for our clubs.

"These channels provide us with another way to engage with fans digitally, creating tailored content that I am sure will prove popular."

The Premier League and its clubs have an established track record of engaging fans in India.

The launch of these channels is a significant development in connecting with fans digitally and continues the Premier League’s longstanding commitment to Indian supporters, who already engage widely with the official Premier League website, app, social media and YouTube channel.

The Premier League has hosted several fan events in recent years and works closely with broadcast partner Star Sports, which has televised Premier League fixtures in India over the last two decades.

Star Sports hosted a screening in Bengaluru of Sunday’s match between Chelsea and Liverpool, for which the Premier League Trophy was present.

The launch of the new social channels took place on the same day as the Sports Movement Conference in Delhi, where Premier League Head of Digital Martin Axford was among the speakers, outlining the League’s digital strategy in India.

The Indian social media channels will be managed by digital media agency Red Lantern, which already runs the Premier League’s digital accounts in China and other countries throughout Asia.