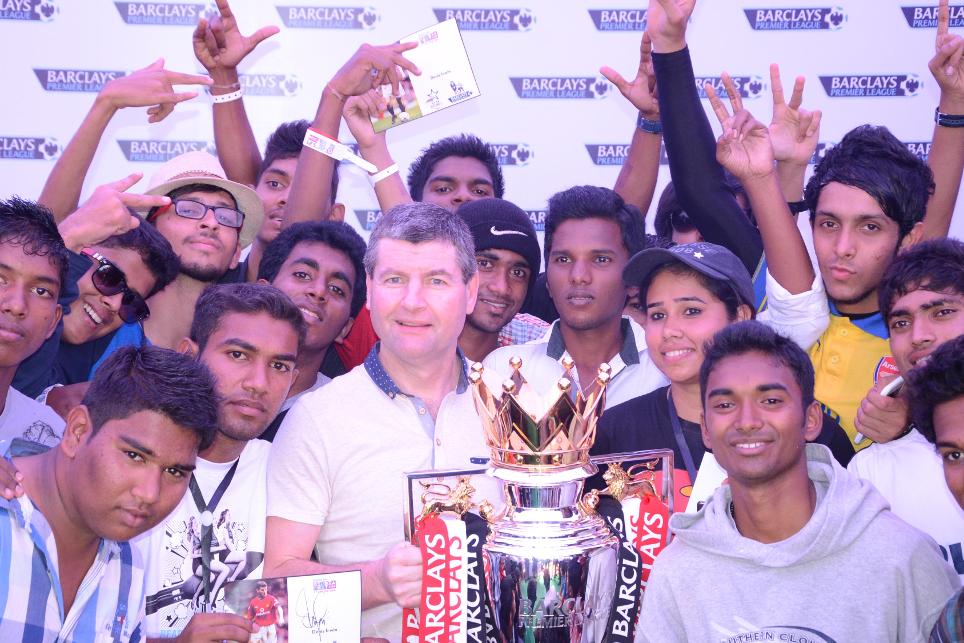 The Premier League has entered into a strategic partnership with the Indian Super League (ISL) in which it will assist in bringing its best practices to India.

The Co-operation Agreement will allow the ISL, which is co-promoted by IMG-Reliance, a joint venture between IMG and Reliance Industries, Star India and supported by All India Football Federation (AIFF), to leverage the Premier League's expertise in nurturing and growing a high-quality football competition.

The Premier League is the most watched continuous annual global sporting event in the world. Last season, 13.9 million fans attended matches with record average stadium occupancy of 95.9%. Across nine months of the year, 380 matches are viewed in 175 countries with coverage available in more than 650 million households.

The Indian Super League, which is set to kick off in September 2014 with eight franchises, will receive strategic support, advice and assistance from the Premier League to further its development and that of its clubs.

The Premier League will also assist in establishing club governance, shaping the brand, fan engagement, defining anti-corruption and anti-doping policies for the ISL, as well as joint-promotion of the ISL and Premier League football in India.

Through the alliance, the ISL will help the Premier League and its clubs in staging matches and in other business development initiatives in India, such as exchange programmes and partnership-building between clubs in the two countries. The ISL and the Premier League will also cross-promote football coverage on Star India's platform to the growing Indian fanbase.

The Premier League has been active in the Indian market in recent months, attending events such as India Fest, the biggest youth festival in the country, and this latest partnership complements a mutual co-operation agreement signed with the Asian Football Confederation (AFC) this year.

According to research, almost 90 million Indian people aged between 16 and 69 are interested in the Premier League, with more than 48 million supporting a club. India represents the Premier League's third-largest market on Facebook and television viewing figures for Premier League are increasing with a cumulative audience of 45 million viewers for the 2013/14 season through to February 2014. This is a rise of a third on the previous campaign, thanks in part to the addition of Hindi commentary for matches.

"Having earlier this year signed a mutual co-operation agreement with the Asian Football Confederation, we are very pleased to also enter into this partnership with the ISL," said Richard Scudamore, Chief Executive of the Premier League. "This will see both organisations work together and share knowledge in several key areas including player development, refereeing, marketing and promotion.

"We know from our broadcast partner Star India, and our work with the AIFF on our long-established grassroots football project Premier Skills that we run in several locations across India, that the popularity of football, and the Premier League, is growing. There is a further opportunity to develop the sport as a result of that increased interest and we hope to continue to make a real contribution to all levels of Indian football."

Praful Patel, the AIFF president, was pleased to be a part of the strategic partnership.

“This is an outstanding opportunity for the Indian Super League to build from the very best in the business when it comes to running a highly successful league," Patel said. "The Premier League is revered around the world and by learning from the practitioners who have made it so successful, the Indian Super League will develop and grow in the right way, ensuring benefits not only for the League itself but also for the wider Indian football ecosystem in the longer term."