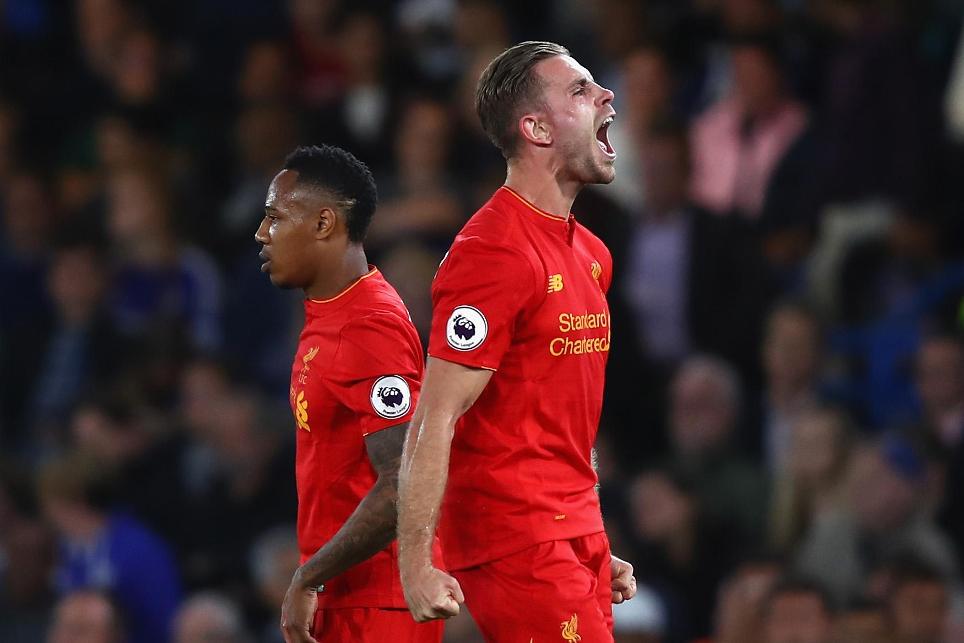 Klopp: We're creating a structure for the future External Link

Jurgen Klopp says his Liverpool side need to "stay angry" if they are to maintain their upward momentum with a home win against Watford on Sunday.

The Merseysiders are in third place in the table on goal difference, and level on points with Arsenal and Manchester City at the top of the Premier League, after a run of six wins from their last seven matches, but Klopp says there can be no let-up ahead of the visit of the Hornets in the 2.15pm kick-off.

"We need to stay really angry and really do things in the right moments," said Klopp, who has been nominated for the Barclays Manager of the Month award for October after masterminding three victories and a draw in the month.

Striker Danny Ings faces a lengthy spell on the sidelines after knee surgery, but the Reds have no other injury concerns for Sunday's fixture as James Milner is back in training after a virus and Georginio Wijnaldum and Emre Can are also both available after illness.

Klopp on @WatfordFC: "They have conceded 0 goals in last 3 games. We'll figure out what we have to do." #LIVWAT pic.twitter.com/PVzedNdPxw

Walter Mazzarri, Watford’s head coach, believes the Reds are title-contenders but intends to give them a run for their money on Suday.

"They are playing very well, they have a great team and great players and the coach is managing them very well, so I think they can be one of the title contenders," he said. "But of course, we want to go there and make a great performance and make our fans happy."

"We want to go there & make our fans happy." Mazzarri sets out his Anfield aim ahead of #watfordfc's trip to @LFC: https://t.co/ktp44fJJsp

Visiting defender Sebastian Prodl is unlikely to recover from a muscular injury sustained in Matchweek 10 and Isaac Success (hamstring) is still not fit.

Stefano Okaka (hamstring) is close to a return but may not be risked.