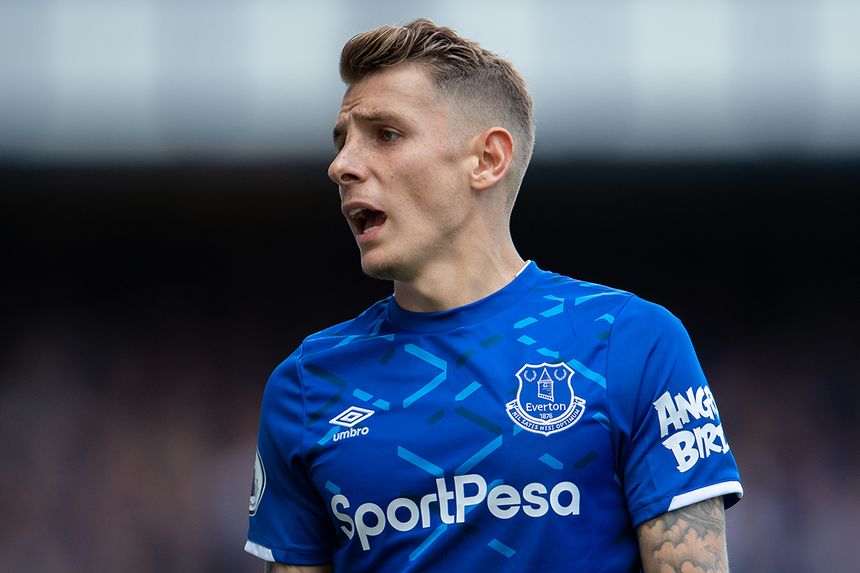 With four goals and six assists Everton's Lucas Digne is one of only three defenders to have been directly involved in 10 or more goals in the Premier League since the start of last season.

To find out who the other defenders are and the other leading stats from the weekend's other nine fixtures, read on.

Manchester United's Daniel James scored with each of his first three shots on target in the Premier League.

The last three times Chelsea have failed to win in the Premier League having led by at least two goals have come against promoted teams (also against Reading and Southampton in January 2013).

Crystal Palace have kept a clean sheet in both their opening two home Premier League matches of a season for the first time.

Jamie Vardy has been directly involved in 14 goals in 14 Premier League matches under Brendan Rodgers, with 12 goals and two assists.

Sergio Aguero has scored with each of his last seven shots on target in the Premier League.

Will Hughes scored Watford's second-fastest Premier League goal at one minute and 18 seconds. The fastest was by Etienne Capoue after 32 seconds v Leicester City in November 2016.

Sebastien Haller is only the fourth player to score three goals in his first three Premier League matches for West Ham United, after Trevor Sinclair, Ian Wright and Demba Ba.

Liverpool have won 13 league matches in a row for the first time. They are only the second English top-flight side to do so while scoring more than once each time, after Tottenham Hotspur in 1960.

Since the start of last season, Lucas Digne (four goals, six assists), is one of only three defenders to have been directly involved in 10+ goals in the Premier League, along with Trent Alexander-Arnold (15) and Andy Robertson (11).

Pierre-Emerick Aubameyang has scored in seven successive PL starts at Emirates Stadium. Only Thierry Henry has gone on a longer scoring sequence at home for Arsenal, with nine in October 2000.