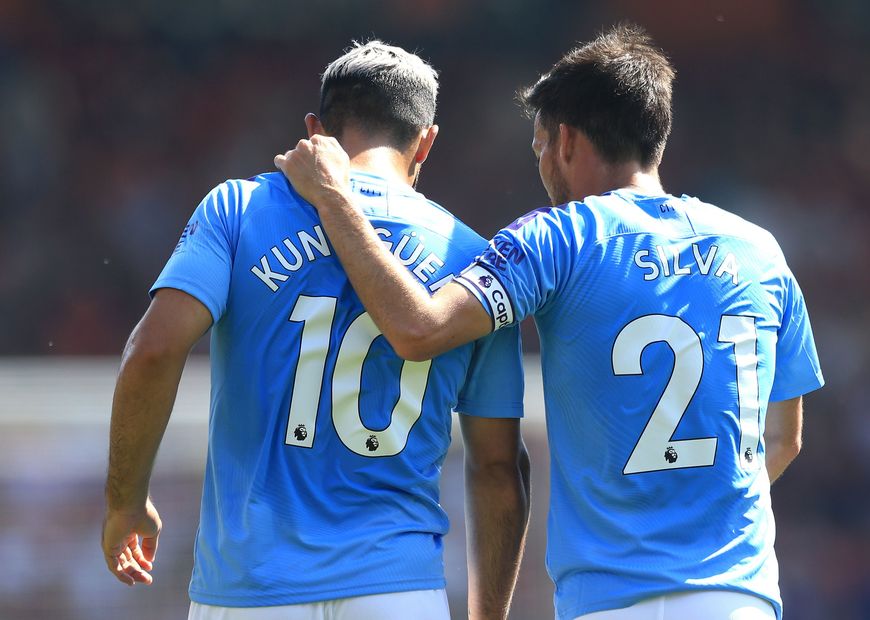 Only Henry and Pires and Drogba and Lampard have combined for more goals than Man City pair, as we review the weekend's action

Aguero at the double as City see off Cherries External Link

With another assist by David Silva for a Sergio Aguero goal on Sunday, Manchester City's attacking duo moved to within touching distance of becoming the second most-deadly partnership in Premier League history.

For more on this and other essential facts from Matchweek 3, read on.

Aston Villa ended a run of 15 Premier League matches without a victory, with this their first top-flight win since winning 2-0 against Norwich City in February 2016.

At 24 years and 208 days, Chelsea’s starting XI was their youngest for a Premier League fixture since February 1994 against Oldham Athletic, when the average age was 24 years and 190 days, with 971 league matches in between.

Southampton have won their last three matches at Brighton & Hove Albion in all competitions, keeping a clean sheet each time.

Crystal Palace earned their first Premier League win over Manchester United in their 21st meeting. It was their first in league matches overall since a 3-0 victory at Selhurst Park in May 1991.

Jamie Vardy opened the scoring after 38 minutes, the first time he has scored in the first half since December 2018 against Watford, with 13 second-half goals scored in between.

Sebastien Haller became West Ham United's 150th different goalscorer in the Premier League. The Hammers are the first club to reach this mark in the competition.

Liverpool have scored 22 headed goals in the Premier League since the start of last season; seven more than any other side.

Aguero and Silva have combined for 27 Premier League goals. The only duos to link up for more are Thierry Henry and Robert Pires, with 29 for Arsenal, and Didier Drogba and Frank Lampard, with 36 for Chelsea.

At just 20.2 per cent, Newcastle United's possession was the second lowest for a winning team in the Premier League since 2003/04, behind only Burnley's 19.6 per cent in a 2-0 victory over Liverpool in August 2016.

Only Aguero, with 16 goals, and Sadio Mane, who has netted 15 times, have scored more Premier League goals than the 13 of Burnley’s Ashley Barnes in 2019.