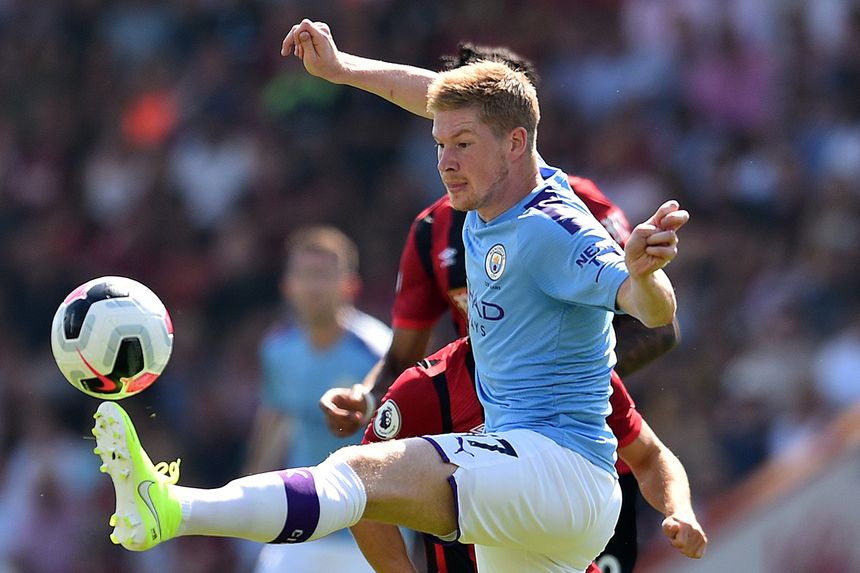 Kevin De Bruyne booked his place in the Premier League record books when he claimed his 50th assist in the competition on Sunday.

In setting up Sergio Aguero's 15th-minute opener against AFC Bournemouth, the Manchester City playmaker beat Mesut Ozil's record to reach the landmark in the fastest time.

De Bruyne has reached 50 assists in 123 matches, 18 matches quicker than Ozil, who took 141 appearances to do so.

Aguero has been the main beneficiary of the Belgian's creativity, his goal on Sunday the 15th he has scored from De Bruyne.

Raheem Sterling is next on the list, with 10 goals.

Having set up four goals already this season, De Bruyne is the early leader in the race for the 2019/20 Playmaker award, which is given to the player with the most assists each season.

The Belgian is aiming to reclaim that title after winning the inaugural award in 2017/18 with 16 assists.

De Bruyne has some way to go to challenge the all-time Premier League assist record of 162, set by Ryan Giggs.