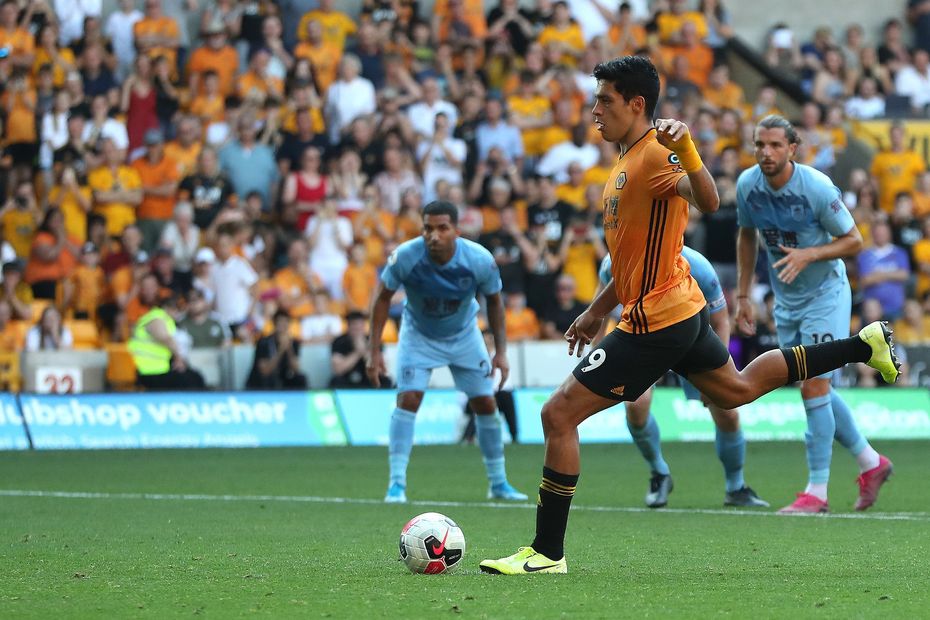 Ashley Barnes broke the deadlock after 13 minutes, latching on to Dwight McNeil's knockdown and shooting low past Rui Patricio from 20 yards for his fourth goal of the season.

Burnley twice came close to adding a second during the first half, with Ben Mee's header coming back off the crossbar and Patricio denying Chris Wood.

Wolves improved after the break as Morgan Gibbs-White shot wide and Jonny headed over.

After Jimenez hit the post in the third minute of stoppage time, it appeared that the home side had missed their opportunity.

But Wolves' perseverance paid off, with Jimenez converting from the penalty spot in the seventh minute of stoppage time after he was fouled by Erik Pieters to earn a third consecutive draw.