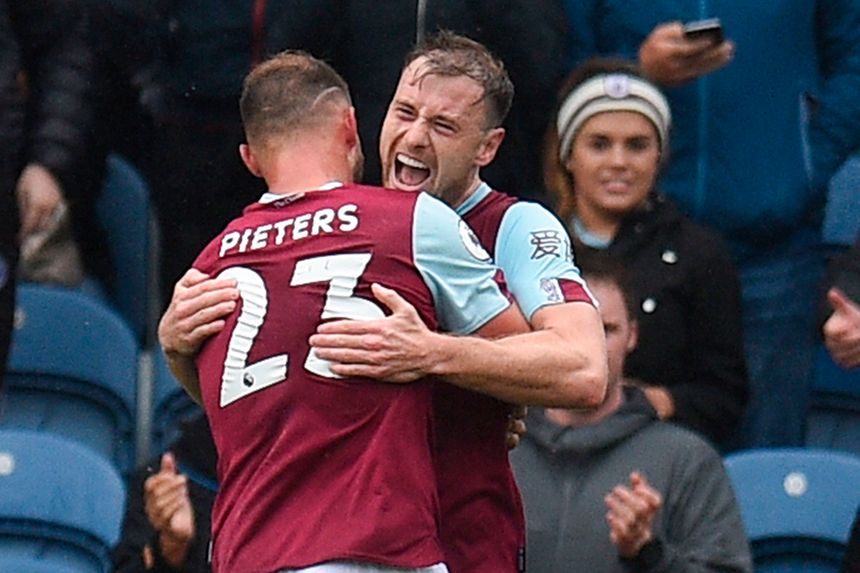 When selecting their squads for the start of the 2019/20 season, very few Fantasy Premier League managers opted for Ashley Barnes (£6.5m).

Sitting in just 1.9 per cent of squads, the Burnley striker proved a handy differential.

He scored two goals and recorded 13 points in a 3-0 home win over Southampton.

It was a continuation of Barnes' form in the second half of last season.

From Gameweek 20 onwards, both he and his strike partner Chris Wood (£6.5m) scored nine goals.

Only five other players in FPL bettered that total.

Barnes takes his place in a Dream Team that scored 142 points in a 4-3-3 formation in the opening round of fixtures.

The Manchester United goalkeeper turned in a defiant display at home against Chelsea, making seven saves and earning two bonus points in a 4-0 victory at Old Trafford.

Arsenal's right-back was an all-round success in a narrow win at Newcastle United. He supplied an assist and also claimed a clean sheet to earn maximum bonus points.

Owned by just 0.8 per cent of Fantasy managers, AFC Bournemouth's centre-back grabbed the Cherries' goal in a 1-1 home draw against Sheffield United.

Already the most-bought defender for Gameweek 2 with over 50,000 new owners, Dunk has three home matches in the next four Gameweeks, and all three score just two in the Fixture Difficulty Ratings (FDR).

The Dutchman had a fine debut for Burnley after arriving from Stoke City this summer. Pieters supplied the assists for both of Barnes' goals and also helped the Clarets to a clean sheet.

His hat-trick against West Ham United has already turned the heads of FPL managers. Sterling has earned over 150,00 new owners for Gameweek 2, more than any outfield player.

Handed a role on the flank due to the injury to Leroy Sane (£9.5m), the Algerian took full advantage of West Ham's obliging defence by supplying three assists.

Gameweek 1's most-selected captain, Salah was given the armband by 1.5m+ managers. He rewarded their faith with a goal and an assist in a 4-1 home win over Norwich City.

A late brace against Aston Villa rewarded his 29.9 per cent ownership. Kane served notice of his potential this season by recording eight shots on goal, at least double the total of any other player in the Gameweek.

His two goals helped Man United breeze past Chelsea. Crucially, one of Rashford’s strikes was a converted penalty, which suggests he now has spot-kick duties ahead of Paul Pogba (£8.5m).

Ranked among the top five for transfers in among forwards ahead of Gameweek 2, he has been bought by 48,000+ for his trip to Arsenal.