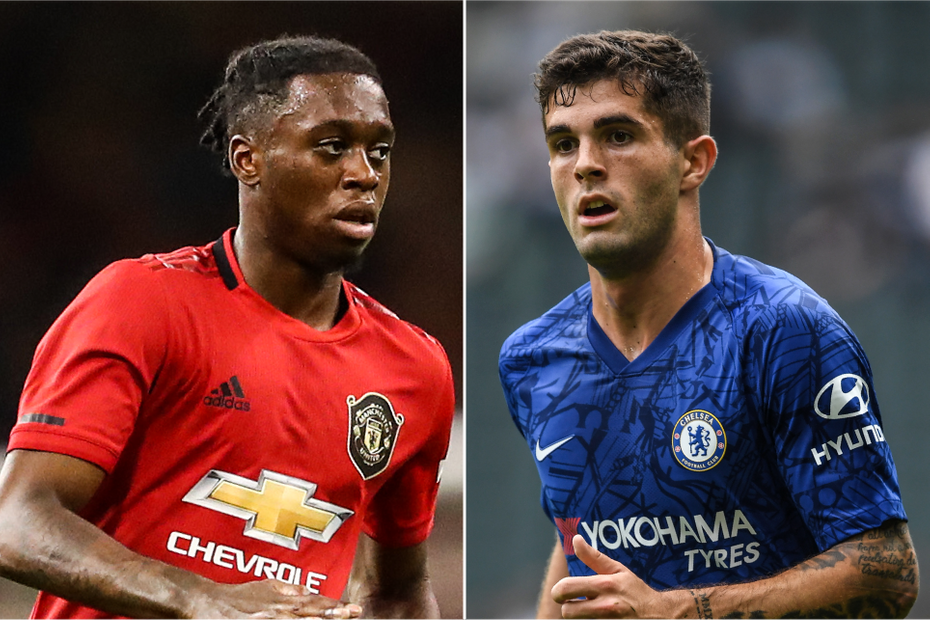 Adrian Clarke is looking at key tactical talking points ahead of Matchweek 1.

Aaron Wan-Bissaka and Christian Pulisic may be involved in one of the most intriguing individual duels of the opening weekend when Manchester United host Chelsea.

Young, quick and hungry to impress, the summer signings have both looked sharp in pre-season and may be handed debuts for their new clubs.

How 20-year-old Pulisic fares against former Crystal Palace full-back Wan-Bissaka is likely to have a bearing on Frank Lampard’s first competitive match in charge of the Blues.

Replacing Eden Hazard is an unenviable task for Pulisic, who is still developing as a player. But he has the skill and pace to trouble Premier League defenders.

The USA international sparkled in bursts during his four years with Borussia Dortmund, scoring nine goals and providing 15 assists.

Wan-Bissaka is brilliant at defending in one v one situations, but Pulisic promises to test him fully with his sharp movement off the ball.

He has excelled on the left flank of Lampard's favoured 4-2-3-1 system in pre-season.

The winger likes to make sprints across and in behind full-backs, and this trait paid off during a thrilling 5-3 friendly win at RB Salzburg.

Angling his runs inside from the left, Pulisic twice tucked the ball home comfortably when put through by long balls.

He also sprinted beyond the last defender to earn a penalty in the same match.

But Wan-Bissaka has the benefit of Premier League experience, having made 35 appearances in the competition during an impressive 2018/19 season for Palace.

The youngster who handles their nerves better on Sunday will prevail in this potentially decisive battle.

Watching these two excellent prospects vying for the upper hand at Old Trafford promises to be fun.