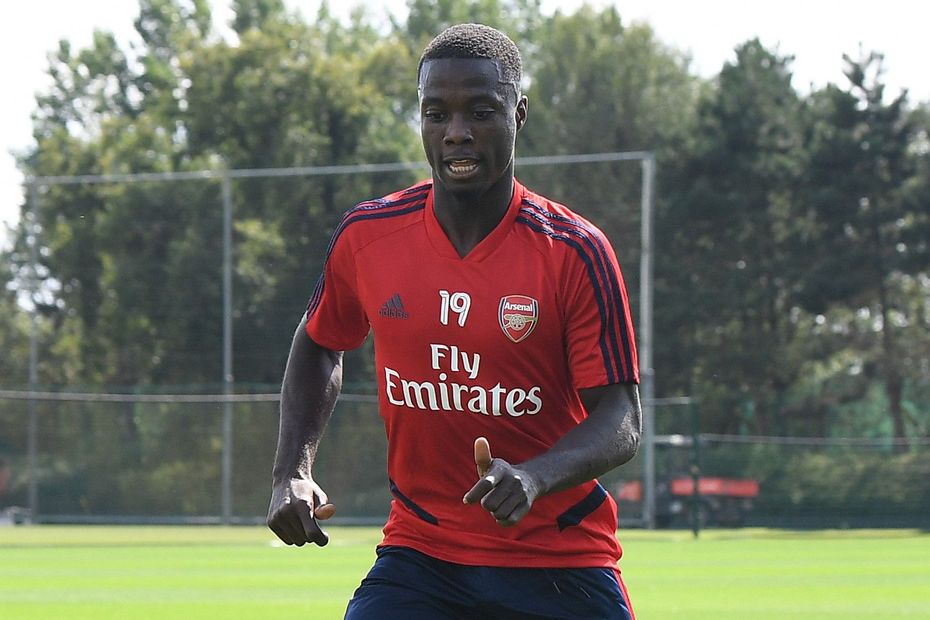 The arrival of Pepe should ease Arsenal’s reliance on Pierre-Emerick Aubameyang and Alexandre Lacazette this season.

The winger has joined the Gunners after scoring 22 goals and making 11 assists during a spectacular campaign for Lille.

No player in the Premier League had as many goal involvements as Arsenal's club-record signing.

That extraordinary level of end product will not be easy to replicate in his first season in England.

But he will undoubtedly lighten the load on a strike pairing who produced 35 goals and 13 assists between them in 2018/19.

Th 24-year-old has exceptionally quick feet which he uses to beat opponents with pieces of skill.

Put into context, only Alex Iwobi (4.47) and Henrikh Mkhitaryan (3.12) attempted more take-ons per match for Arsenal than the amount Pepe was successful with.

He will add a valuable new dimension.

So Pepe has been signed for his ability to dribble past defenders in tight areas. This can break down defences that often held the Gunners at bay.

His presence will also alter the way teams set up to play Arsenal. They will need to adjust to Pepe breaking through the lines.

And this will also earn Arsenal plenty of free-kicks and penalties.

Pepe usually lines up on the right side of the forward line, but his strongest foot is his left.

That does not mean he is the type of wide man who always cuts in on his better foot.

The Ivory Coast international will mix up his play, beating opponents on the inside or outside.

He is at his most dangerous when driving in diagonally towards goal from the right wing.

On the ball he does this brilliantly, often on counter-attacks or from turnovers, and in these situations he is excellent at releasing through-balls.

This is more good news for Aubameyang and Lacazette.

Out of possession he is a threat, too.

Pepe is good at angling off-the-ball runs into the penalty area, from where he netted all but one of his goals last season.

The midfielder is not shy of shooting, either. He converted 18.6 per cent of his 118 shots and his favourite finish is a low left-footed effort.

His average of 3.19 shots per 90 minutes was more than the 3.10 of Aubameyang, who shared the Cadbury Golden Boot with 22 goals.

It should be noted, though, that nine of his 22 league goals came from the penalty spot.

How Pepe scored his goals

Pepe’s willingness to attempt tricks and dribbles means that he will give up possession with greater frequency than many of his team-mates.

Not everything he tries comes off, and this is something Gunners fans must learn to accept.

Last season he lost the ball 644 times, the third most of any attacker in Ligue 1, giving it away with 30.2 per cent of his touches.

But without risk there is no reward.

Pepe will add speed and additional end product to an Arsenal side who disappointed in the final third for much of last season.

Ten Premier League sides had more shots than Unai Emery’s team, but with Pepe joining their ranks I would expect that tally of 467 to increase significantly.

He is the exciting, high-powered winger Arsenal have been crying out for.