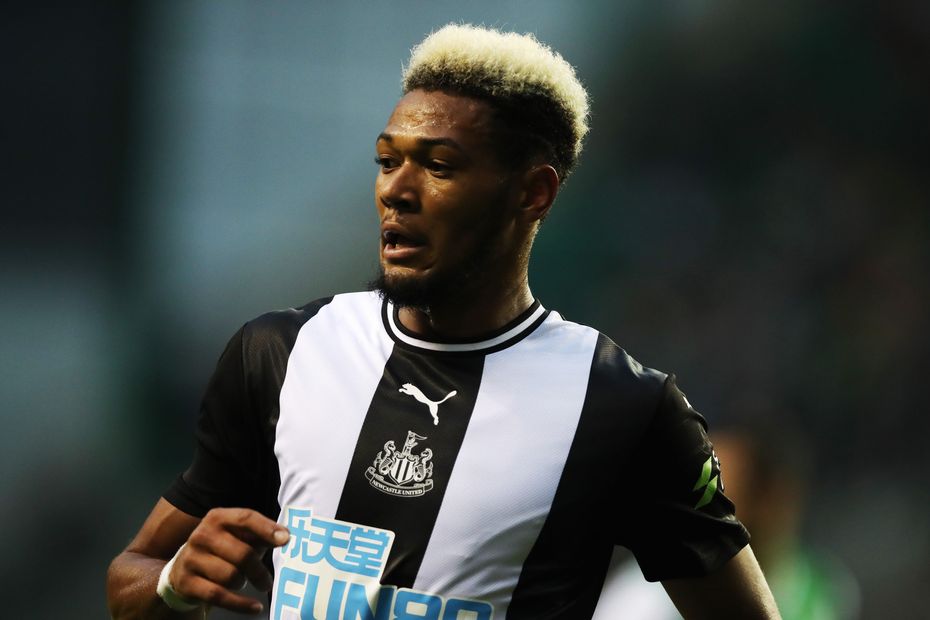 Newcastle United's record signing has the potential to be one of the most versatile forwards in the Premier League.

The 22-year-old scored seven times in the Bundesliga last season, averaging a goal every 305 minutes, which is not overly prolific.

But, as the focal point of the team, Joelinton was excellent at creating the space for his team-mates to score.

His hold-up play is impressive and he produced on average 1.8 key passes per 90 minutes.

If this trend continues at St James' Park, it will be good news for Newcastle's wide men and attacking midfielders.

To profit they will need to make regular forward runs in support of Joelinton.

From a tactical perspective he will offer similar versatility to his fellow Brazilian.

In addition to being a target man, Joelinton can drop into the No 10 position to receive passes on the half-turn and run at opponents.

He is also a forward who can operate wide on the left or right flanks.

So depending on the match situation, Bruce can deploy his new man in any of the attacking positions.

Joelinton describes his style of play

At 6ft 1in, Joelinton does pose an aerial threat but it is his technical ability and workrate that stand out the most.

He will offer the Magpies mobility across the final third, decent pace and the skill to link play or tuck chances away with either foot.

His 12.5 per cent chance-conversion rate from last term ranked below the 18 per cent of Rondon and 27 per cent of Ayoze Perez, who has left for Leicester City.

However, although he is naturally right-footed, he finished in a variety of ways last season.

Joelinton's success on Tyneside may depend on how he handles the pressure of being Newcastle's record signing and the responsibility of wearing the No 9 shirt made famous by Alan Shearer, the Premier League's all-time leading goalscorer.

But it is a challenge he says he is up for.

"The great Alan Shearer, the team's biggest idol - I know it's a big responsibility but I'm prepared," he told the club's official website.

Joelinton showed that quality on his full debut as he scored in a 3-1 pre-season win at Hibernian earlier this week.

Newcastle fans will be hoping it is the first of many goals in black and white as the Magpies get set for their Premier League opener at home to Arsenal on Sunday 11 August.