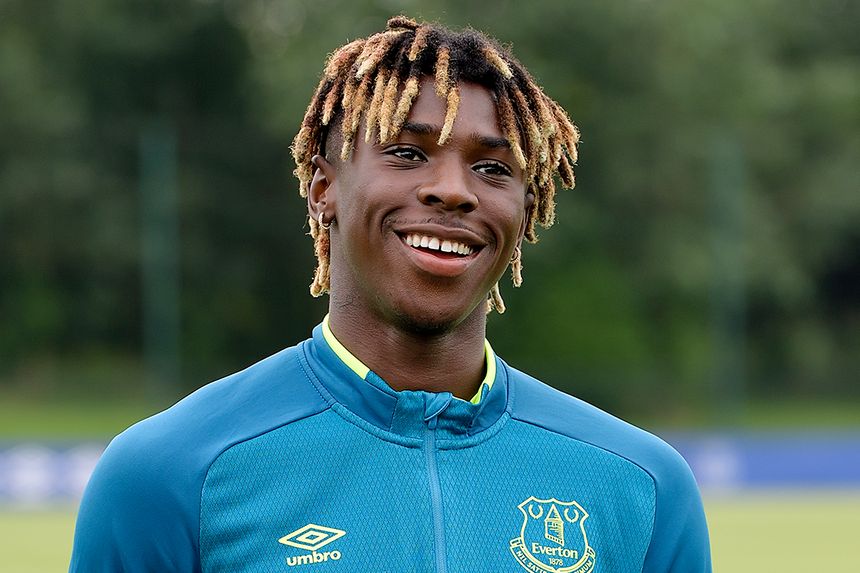 Silva: Moise will give everything to Everton External Link

Italy's teenage sensation Moise Kean has the potential to make an significant impression for Everton following his move to Goodison Park on Sunday.

The 19-year-old striker scored a goal every 94.86 minutes in all competitions for Juventus last season.

Converting around a quarter of the opportunities that fell his way, Kean gained a reputation as one of Serie A’s most lethal finishers – even if he did make just six starts for the champions.

He joins a Toffees team who were short of natural finishers in 2018/19.

Their most ruthless players inside the penalty area were attacking duo Gylfi Sigurdsson (24.1 per cent chance conversion) and Richarlison (22.8 per cent).

Kean, who has terrific movement and a predatory instinct inside the box, should ensure they are more clinical in front of goal.

Everton have a tradition of deploying powerful centre-forwards and teenager Kean is similar.

The Italian uses his lean but muscular build to fight off defenders, and has pace to burn.

He is not dominant in the air like Everton’s academy graduate Dominic Calvert-Lewin, winning just 1.22 aerial duels per 90 minutes for his former club.

But when he bursts into the area to latch on to passes or crosses, Kean is a very difficult man to shrug off and contain.

Playing for a side who crossed the ball 814 times in 2018/19, more than any other Premier League club, he should enjoy the kind of service he craves.

With a good first touch, intelligence and impressive athleticism, Kean has the attributes required to shine in the Premier League.

He is not the finished article yet though, and Silva will have his own ideas on how to maximise the Italian's influence on the Everton side.

For example, at Juventus the forward was not a natural presser of the ball, winning possession back for his team just six times in 664 minutes of action.

Leading the line for a side that loves to close down from the front, he will be asked to harass centre-backs more frequently.

Kean will also be required to improve his link-up play, after only making 14 passes per 90 minutes in Turin.

He is likely to handle that extra responsibility well, but it is a new challenge for the youngster to adapt to.

Talent-wise Everton have certainly signed one of European football’s most highly-rated young players.

Kean is already a quality forward, but the potential is there for him to grow into one of the division’s most dangerous strikers.

Toffees fans have every right to be excited by this acquisition.