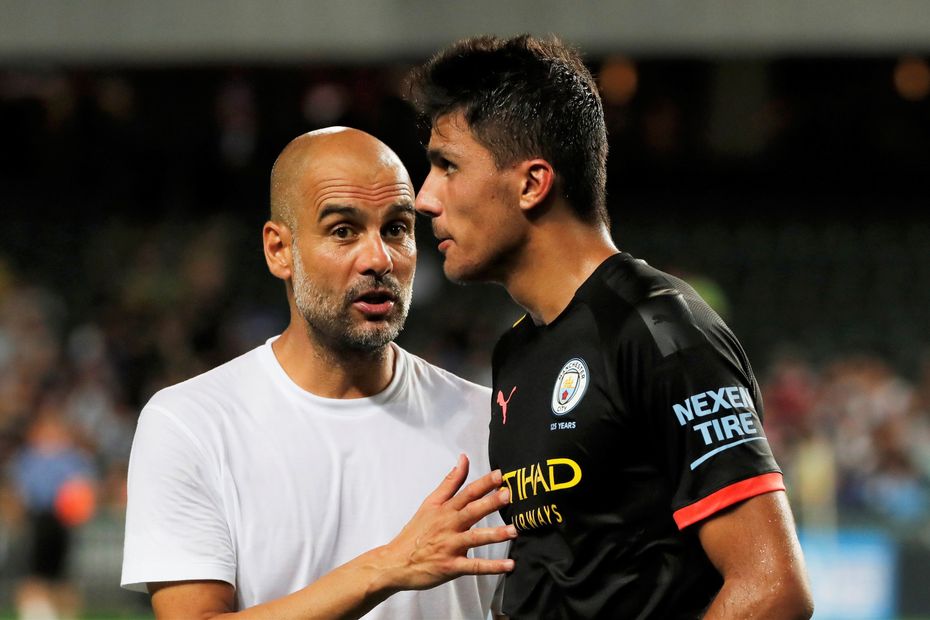 Finding the right successor to 34-year-old midfield linchpin Fernandinho has been an exhaustive process for Manchester City but it looks like the wait has been worthwhile.

The 23-year-old has an impressive passing range that will suit Pep Guardiola's style.

He will also bring mobility and ball-winning qualities. He is quick to close down opponents and is blessed with natural timing.

Indeed last season in LaLiga, out of the players with over 1,000 minutes on the pitch, Rodri was ranked second for the most possession won.

Comparing players who have represented teams with different philosophies in separate leagues is not the most accurate gauge.

But it is still interesting to analyse Rodri and Fernandinho's numbers from 2018/19.

As the taller man at 6ft 3in, the Spaniard wins more aerial balls.

He is strong inside both penalty boxes, scoring three goals last term, and should make Guardiola's men more effective at set-plays at each end of the pitch.

The veteran wins a higher percentage of his tackles, is beaten by dribbles less often and gets into positions to make interceptions more frequently than the new boy.

But the athletic Rodri covers the ground smoothly, picks up a lot of loose balls and throws himself into physical duels, stealing the ball back with the minimum of fuss.

Stats per 90 without the ball

To play for Guardiola you must be entirely comfortable receiving the ball anywhere on the pitch and be prepared to move it quickly and precisely.

Rodri showed those skills last term, and previously with Villarreal, so should fit in seamlessly.

Able to play long passes as well as short ones, he will complement the players around him.

Stats per 90 with the ball

Playing for a Man City side that dominates possession will be different from what Rodri was used to under Diego Simeone, who prefers counter-attacking football, so he will need time to acclimatise.

He is likely to see more of the ball and must push himself higher up the pitch.

But Rodri should have no issues adjusting to new instructions as he is a classy young player with several layers to his game.

With his quality both in and out of possession he should be a wonderful success story at the Etihad Stadium.