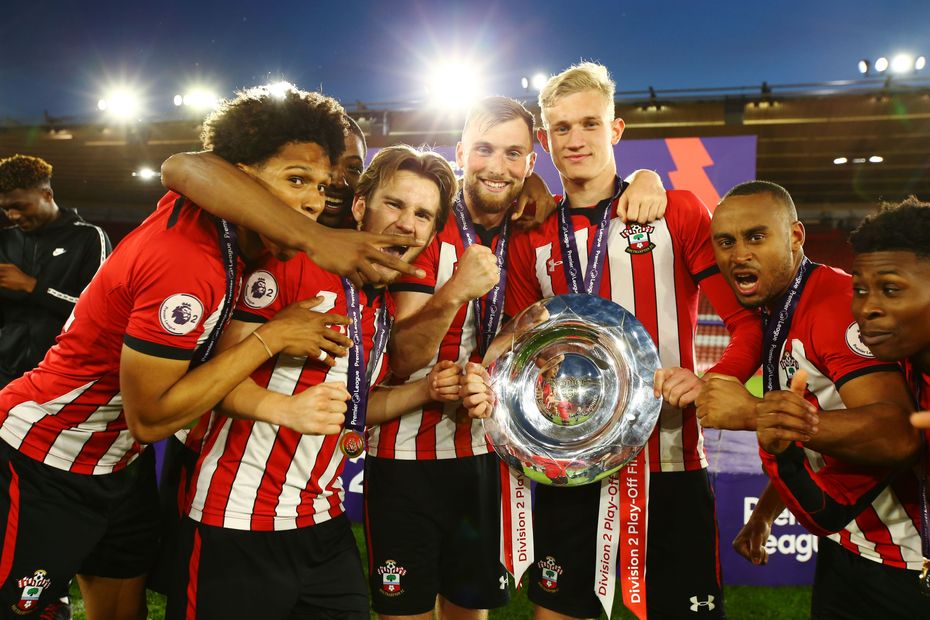 Southampton will be playing in Premier League 2 Division 1 next season after securing promotion with a 2-1 win over Newcastle United in the Division 2 playoff final.

Daniel N'Lundulu headed in the opener for Southampton, who had finished second in the league table compared to Newcastle's fourth position, on 39 minutes at St Mary's Stadium.

Tyreke Johnson finished off a counter-attack to make it 2-0 nine minutes after half-time, before Owen Bailey's 81st-minute strike for the Magpies set up a tense finale.

Saints defender Christoph Klarer made a brilliant block from Elias Sorensen's close-range shot deep into stoppage time as the home side held on to join champions Wolverhampton Wanderers in gaining promotion from Division 2.

The win over Newcastle ends a two-season absence from Division 1 for Radhi Jaidi's team.