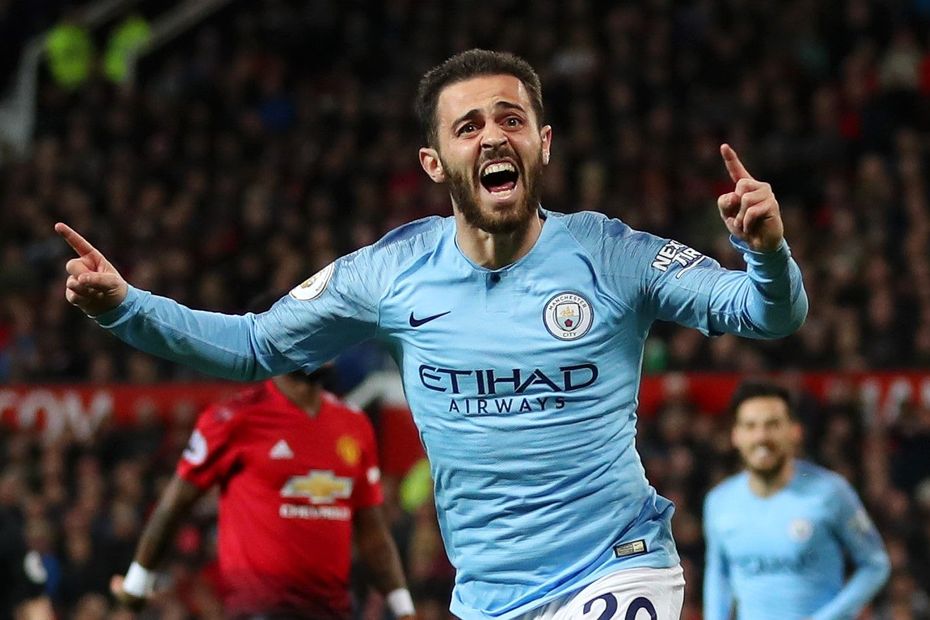 Manchester City returned to the top of the Premier League table with a 2-0 derby victory over Manchester United at Old Trafford.

Bernardo Silva and Raheem Sterling were denied by David De Gea in a first half of few clear-cut chances.

But Man City started the second half strongly and took the lead on 54 minutes, Bernardo Silva cutting in from the right to fire past De Gea.

Jesse Lingard failed to connect with a low cross for Man Utd, and Marcus Rashford fired over from distance, but City substitute Leroy Sane sealed the victory on 66 minutes with a powerful shot on the counter-attack.

City's seventh PL win at Old Trafford, the most of any visiting team, moves them on to 89 points, one more than Liverpool, with three matches remaining.

United lie sixth, three points behind fourth-placed Chelsea, whom they host on Sunday.