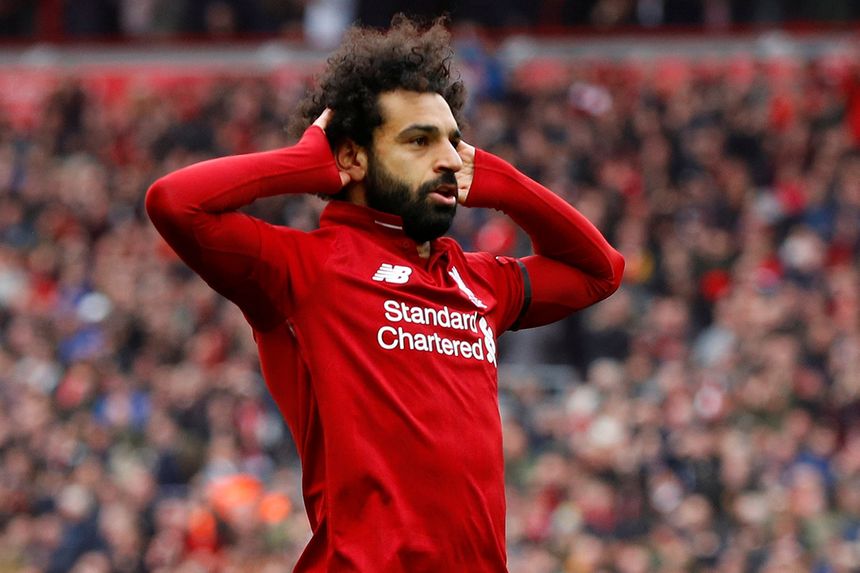 Salah on his screamer: 'My instinct took over' External Link
Fowler: Liverpool have the character to get results
Shearer: Jagielka didn't give Arsenal forwards a kick

Mohamed Salah's stunning goal against Chelsea could be a season-defining moment according to Alan Shearer, who says the Egyptian can make the difference for Liverpool in the Premier League title race.

Salah ferociously fired the ball past Blues goalkeeper Kepa Arrizabalaga for Liverpool's second goal in their 2-0 win at Anfield on Sunday, earning him a place in Shearer's Team of the Week.

"He has overcome his goal drought in style and can play a decisive role in this title race," Shearer said of Salah.

It's @alanshearer's Team of the Week

Agree with his choices? 🤔 pic.twitter.com/86GzLwGSIv

Leno made a couple of fantastic saves to keep Arsenal’s first away clean sheet of the season intact. He’s finding his feet in the Premier League.

The Liverpool man was outstanding yet again. He dealt with the lively Eden Hazard and set up Salah’s wonder goal. Is there a better centre-back in world football?

The Gunners’ clean sheet was thanks in no small part to their skipper. It’s great to see Koscielny showing his class after a few years hampered by injuries.

With a goal and an assist, Fraser terrorised Brighton & Hove Albion’s defence on Saturday. His outstanding season continues.

His assist for Raheem Sterling’s first goal was sensational, and he set up the second for Gabriel Jesus. The Belgian’s return to full fitness and form is timed perfectly for the run-in.

Henderson built on his match-winning contribution at Southampton with another fine display in the win over Chelsea. He teed up Sadio Mane’s opener and is revelling in a more advanced role.

Lucas will forever be in Tottenham Hotspur's history with the first hat-trick at their new ground. He produced some excellent finishes too.

Redmond looks like a new player under Ralph Hasenhuttl. His two goals were very well taken and he is central to everything Southampton do in attack.

Salah’s screamer on Sunday is a potentially season-defining moment. He has overcome his goal drought in style and can play a decisive role in this title race.

Sterling overcame an early missed opportunity with two great goals. The England man has really developed into a world-class forward.

Klopp’s confidence and composure seems to be rubbing off on his Liverpool team, who dealt with the pressure Manchester City provided earlier in the day with a huge win against Chelsea.