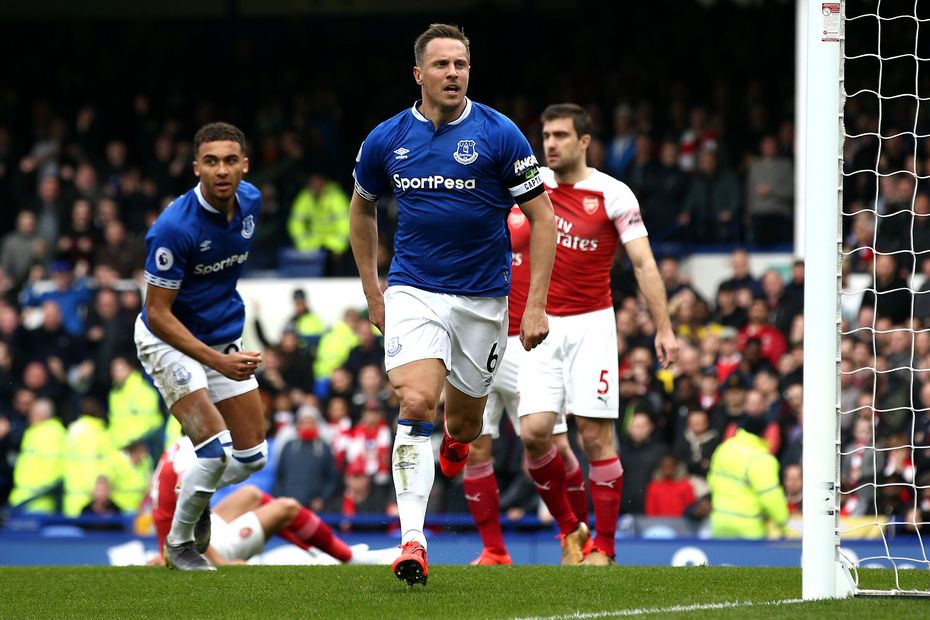 His goal may have been the difference between Everton and Arsenal, but it was Phil Jagielka's defensive performance that really stood out, according to Alan Shearer.

Announced as a late replacement for Michael Keane just 15 minutes before kick-off on Sunday, club captain Jagielka scored the only goal of the match after 10 minutes and marshalled Arsenal's attackers well throughout, limiting the visitors to only two shots on target.

"He didn't really give any centre-forward a kick," says Shearer, who included three Toffees defenders in his Team of the Week. "For him to come in, perform like he did and get the goal, he did very well."

Who impressed @alanshearer in Matchweek 33?

Presenting his Team of the Week... 👇 pic.twitter.com/WNA7mVoeZu

The Spaniard produced a string of fine saves. He’s been outstanding since claiming Crystal Palace’s No 1 shirt.

Pereira produced an inch-perfect cross for Jamie Vardy’s opening goal, the sort of attacking quality he’s been providing all season.

A late call-up to the starting XI, he showed no signs of rustiness. He scored the crucial goal and led by example in a magnificent defensive display.

Zaha showed yet again how important he is to Palace, winning the decisive penalty and stretching Newcastle’s backline in a crucial win.

After coming on as a substitute, Henderson changed the match with an assist and a goal in a vital victory for Liverpool. Players with his experience will be key in the run-in.

Hazard ran the show from minute one in a brilliant performance. He crowned his display with two goals, including a Goal of the Season contender.

Vardy has been given a new lease of life under Brendan Rodgers. Two goals took his tally to 15 this season and showed why he remains one of the League’s deadliest strikers.

What goal drought? Salah responded to a dip in goalscoring form as great strikers do, scoring a brilliant solo effort and leading Liverpool to a potentially defining victory in the title race.

The Portuguese is finding his feet at Goodison Park, leading the Toffees to three wins on the spin, including two against top-six opposition.