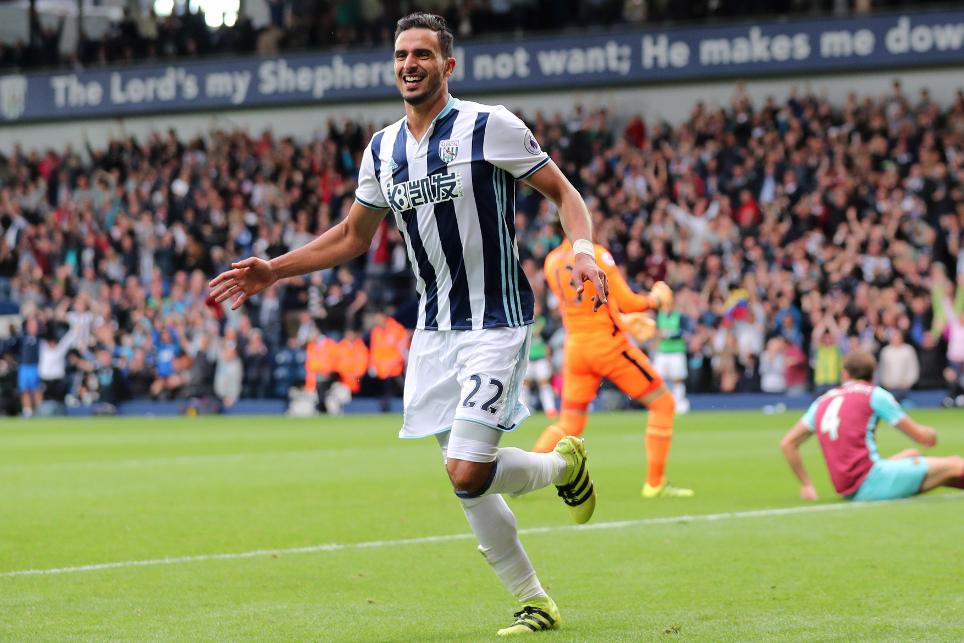 Baggies' weekend hero has been a revelation in a central role, boosting his FPL points potential

Spotlight on Pulis ahead of 1,000th game in charge External Link

It is fair to say that Tony Pulis teams are rarely regarded as attack-minded.

The West Bromwich Albion manager has tended to place the onus firmly on defence during his time in the top flight, with the Baggies’ backline proving a reliable source of Fantasy Premier League returns.

Only the top six teams in the Premier League conceded fewer goals than West Brom (48) in 2015/16.

At the other end of the pitch, West Brom scored 38 times in the previous campaign – a tally that was only better than relegated Aston Villa (27).

After seeing his side net just twice in the first four Gameweeks of 2016/17, Pulis’ decision to move summer signing Nacer Chadli (£6.4m) into a central supporting role behind Salomon Rondon (£6.6m) proved a masterstroke.

Having failed to make an impression on the left flank in his Gameweek 4 debut away to AFC Bournemouth, Chadli thrived in his new role.

The Belgian played a part in all of his side’s goals in a 4-2 home win over West Ham United, netting twice and supplying a pair of assists to earn a 21-point return – the highest individual haul of the season.

Chadli’s move to The Hawthorns allows him to reboot his career after his final year at Tottenham Hotspur produced three goals and two assists in 10 league starts.

Pulis will be hoping the new arrival can reprise his form of 2014/15, when Chadli served up 11 goals and six assists on his way to averaging 4.57 points per match with Spurs.

The Belgium international is now braced for back-to-back encounters against the bottom two, with a trip to Stoke City followed by a home meeting with Sunderland in Gameweek 7.

As evidenced by last week’s win over the Hammers, Chadli also looks to have been handed penalty duties by Pulis, heightening his appeal as an FPL asset for our five-man midfields.