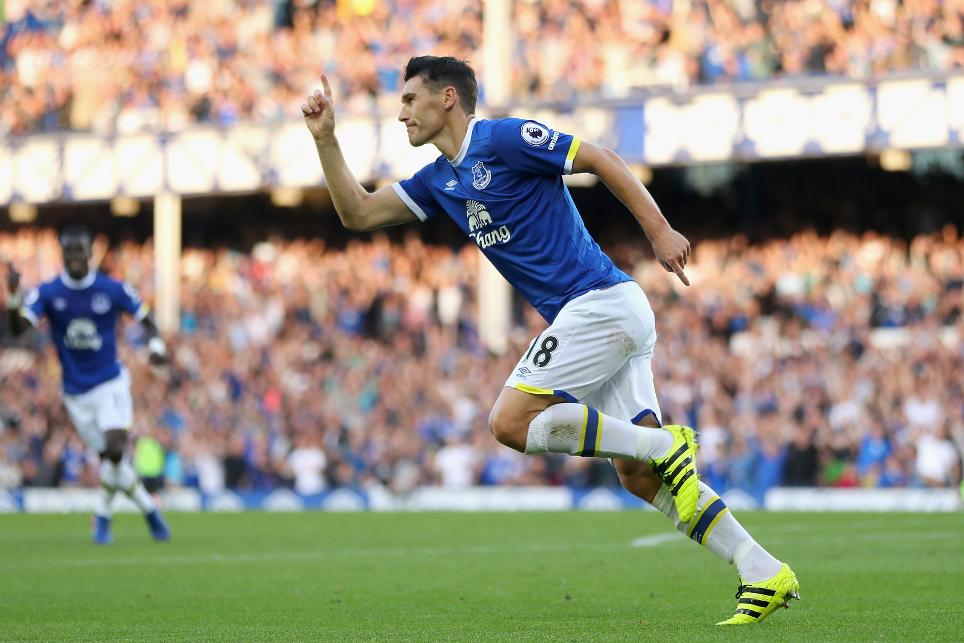 Gareth Barry scored on his landmark 600th Premier League appearance to help Everton come from behind to beat Middlesbrough at Goodison Park.

The visitors took the lead on 21 minutes when Alvaro Negredo's challenge on Maarten Stekelenburg for George Friend's cross resulted in the Everton goalkeeper conceding an own goal.

The home side responded, when Barry, lurking at the back post from a corner, fired in for his 52nd Premier League goal.

Seamus Coleman made it 2-1 with a driving run and cool finish on 42 minutes from Romelu Lukaku's pass.

Lukaku scored his fourth league goal of the season when he got a faint touch on Yannick Bolasie's cross to give Everton a two-goal cushion at half-time.

Middlesbrough worked hard after the break but could not break down the well-organised hosts, who rise to second after four wins and a draw, their best start to a Premier League season.

Man of the match Gareth Barry