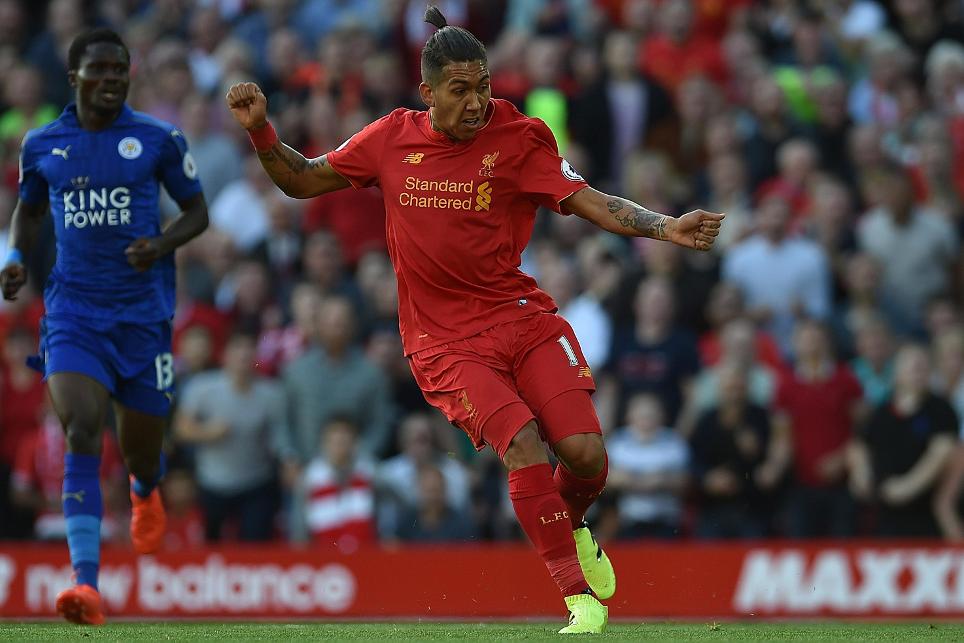 The home side dominated the Fantasy Premier League bonus points at Anfield in an impressive 4-1 defeat of Leicester City.

The Brazilian scored twice and completed 46 passes and four recoveries against the champions.

Mane produced a goal and an assist, in addition to five successful dribbles and as many recoveries, to collect a pair of bonus points.

Adam Lallana (£7.1m) was awarded a single additional point after firing his second goal of the season. The Reds midfielder registered 51 completed passes and nine recoveries for a BPS tally of 29.

Firmino was ranked top of the ICT Index in Saturday’s match with a score of 18.3.

Starting wide left against the Foxes he registered three shots on target and created four chances for his team-mates.

Firmino has now recorded 44.0 in the Index overall, placing him second only to Chelsea's Eden Hazard (£10.3m) in the midfield standings.

Daniel Sturridge (£10.0m) clinched second spot in the Index, despite only collecting a single assist in the 4-1 victory. The striker fired three shots inside the box and four efforts on target, edging Mane to third by a score of 14.7 to 14.6.

In addition to his goal and assist, Mane managed three key passes and a pair of attempts on target. He was runner-up to Firmino for successful passes in the final third, by 20 to 21.

Jurgen Klopp’s decision to introduce Philippe Coutinho (£8.2m) off the bench after a long-haul flight back from international duty the Merseysiders’ strength in depth, though could impact on the Brazilian's ownership.

Firmino’s brace, allied with assists from James Milner (£6.5m) and Georginio Wijnaldum (£7.8m), also illustrates the array of Liverpool options available to FPL managers in the centre of the park.

With Dejan Lovren (£5.0m) ruled out due to an eye injury, Klopp’s decision to utilise Lucas (£4.4m) as a central defender backfired after the Brazilian made an error leading to the Foxes' consolation goal courtesy of Jamie Vardy (£9.9m).

After netting against Swansea City, Vardy has now scored in back-to-back Gameweeks and remains Leicester's main goal threat, producing three of their seven shots from inside the box.

By comparison, both of Riyad Mahrez’s (£9.4m) efforts came from distance The Algerian has relied on his opening-day penalty at Hull City for returns so far, having blanked for three consecutive Gameweeks.

At the other end of the pitch, Luis Hernandez (£4.4m) could take up the right-back role for the Gameweek 5 trip to Burnley should Danny Simpson (£5.0m) be ruled out with the hamstring that forced him off in the first period at Anfield.