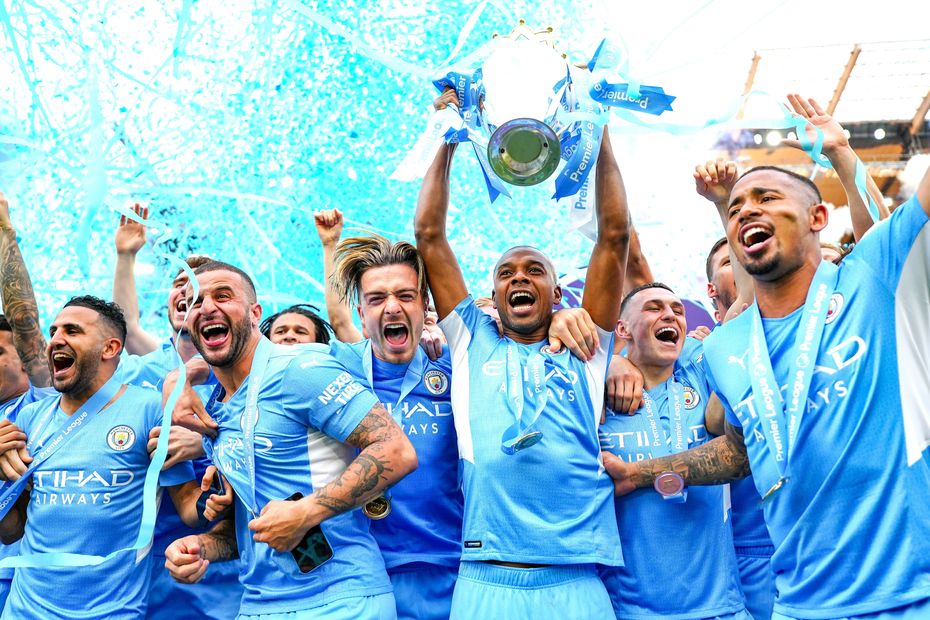 Find out about the format and history of the Premier League

The Premier League is the top tier of England's football pyramid, with 20 teams battling it out for the honour of being crowned English champions.

Home to some of the most famous clubs, players, managers and stadiums in world football, the Premier League is the most-watched league on the planet with one billion homes watching the action in 188 countries.

The league takes place between August and May and involves the teams playing each other home and away across the season, a total of 380 matches.

Three points are awarded for a win, one point for a draw and none for a defeat, with the team with the most points at the end of the season winning the Premier League title.

The teams who finish in the bottom three of the league table at the end of the campaign are relegated to the Championship, the second tier of English football.

Those teams are replaced by three clubs promoted from the Championship; the sides that finish in first and second place and the third via the end-of-season playoffs.

Since the League began in 1992, there have been seven different winners: Manchester United, Arsenal, Chelsea, Manchester City, Blackburn Rovers, Leicester City and Liverpool. Man Utd have had the most success with 13 titles in the 30 seasons so far.

Man City have the Premier League record for the biggest winning margin, when they finished 19 points ahead of second-placed Manchester United in 2017/18.

The narrowest winning margin of +8 goal difference came in 2011/12 when Sergio Aguero's goal, deep into stoppage time on the final day of the season, gave Man City the title in the most dramatic of Premier League finishes.

Arsene Wenger's Arsenal are the only side to have gone the entire Premier League campaign unbeaten. That record season was achieved in 2003/04 when they won the title by 11 points from Chelsea. For more Premier League facts and figures, click here.

There have been four different Premier League champions in the last five years, with Leicester City capping off an incredible sporting story by winning the title in 2015/16.

The unlikely title triumph came a season after the Foxes avoided relegation by only six points.

Man City are the defending champions, having retained the Premier League Trophy by narrowly beating Liverpool for the second season running.

A total of 50 clubs have played in the Premier League, with Brighton & Hove Albion and Huddersfield Town being the latest to make their debuts, in 2017/18.

Six clubs are "ever-present", having been in the Premier League since it formed: Arsenal, Chelsea, Everton, Liverpool, Manchester United and Tottenham Hotspur.

The teams who finish in the top four of the Premier League qualify for the next season's UEFA Champions League group stages.

A fifth-place Premier League finish will put a team into the UEFA Europa League but the next best-placed teams who have not qualified for Europe will also enter the competition if the winners of the FA Cup and/or League Cup qualify through their league position.

The team finishing sixth or lower depending on the cup competitions will enter the UEFA Europa Conference League.