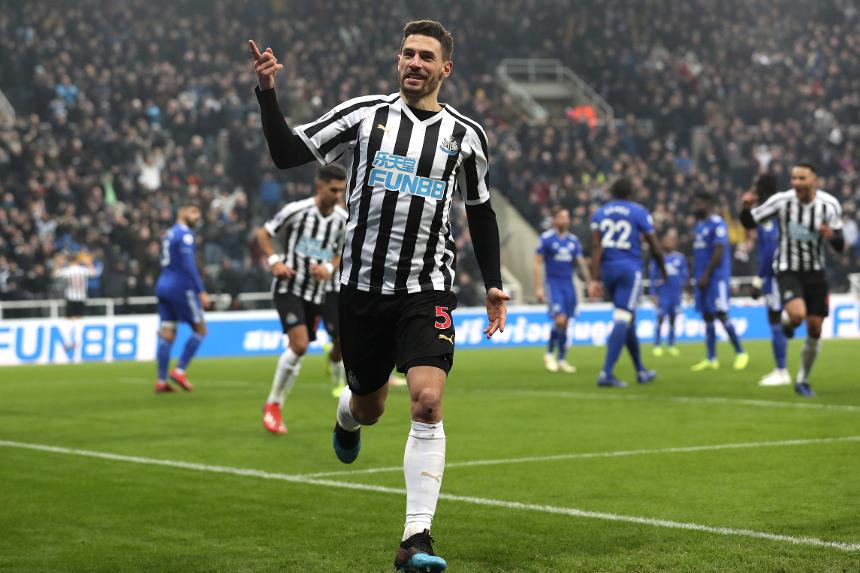 Adrian Clarke looks at a key tactical battle in Matchweek 24.

Fabian Schar's double for Newcastle United against Cardiff City was not as unlikely as it seems.

Throughout his career the centre-back has had a knack for timing his runs to perfection and dispatching chances in the penalty area.

Schar has seven goals in 42 international appearances for Switzerland and his double against Cardiff took to 27 the times he has scored at club level over the past eight-and-a-half seasons.

Despite not being a regular in Rafael Benitez's starting XI this term, the summer recruit always poses a goal threat.

Among Premier League centre-backs only Everton's Michael Keane has had more efforts on goal than Schar, who has also created five chances.

So if Manchester City do show any kind of fragility in Tuesday night's encounter at St James' Park, especially from set-pieces, the 27-year-old might just be the man to punish them.

A little like his team-mate Florian Lejeune last season, the experienced Schar is starting to look more comfortable with the demands of English football after a difficult start.

Occupying the right side of a back three appears his best fit. He excelled in that position alongside Lejeune and Jamaal Lascelles in the 3-0 home victory over Cardiff.

This three-man defence will know they need to function superbly to contain the champions, but the defence is probably Benitez’s strongest department at present.

With the two wing-backs expected to drop in and make it a back five against Pep Guardiola’s free-flowing attack, Newcastle have the potential to frustrate the visitors.

As outlined in the table below, Schar is Newcastle's most effective ball-winner.

His reading of the game is excellent and he is not afraid to step in to intercept passes.

He also likes to show aggression, get tight to forwards and make challenges, although his decision-making occasionally falls short.

This is shown by his six yellow cards in just 11 appearances.

Nonetheless, with Schar in the starting line-up Newcastle fare better.

The Magpies have picked up an average of 1.22 points when he has started, compared with 0.71 without him.

City will provide a stiff examination but Schar could prove their best chance of pulling off a surprise.