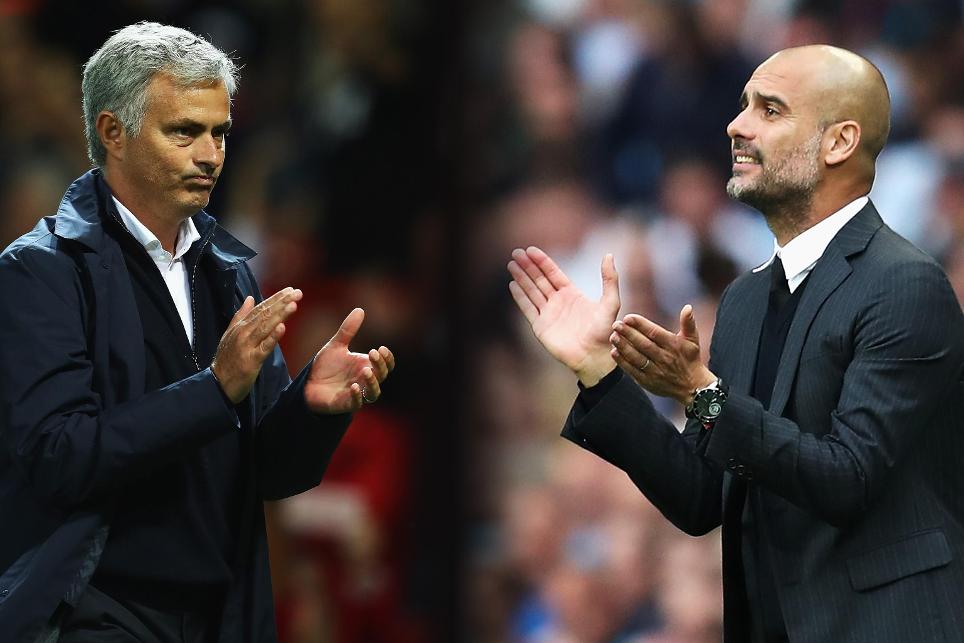 Manchester City head to Old Trafford for Saturday's early kick-off without the services of Sergio Aguero (£13.0million), who serves the first of a three-match suspension.

Pep Guardiola could utilise Kelechi Iheanacho (£6.9m) as the lone striker or adopt a 'false-nine' set-up, with Raheem Sterling (£8.2m) or Nolito (£9.0m) fielded in the most advanced central position.

The versatile Leroy Sane (£7.8m) adds to City's options in attack after recovering from injury and fellow new signings Ilkay Gundogan (£5.4m) and Claudio Bravo (£5.5m), along with Bacary Sagna (£5.4m), are also in contention.

Bravo is expected to earn a first start since joining from Barcelona, replacing Willy Caballero (£5.0m) in goal at Old Trafford.

Jose Mourinho has no injury concerns.

Luke Shaw (£5.6m) and Marouane Fellaini (£6.0m) have recovered from minor issues and look set to retain their starting roles.

New recruit Henrikh Mkhitaryan (£9.1m) is also available after shrugging off a thigh complaint but the Armenian may have to settle for a place on the bench again.

Marcus Rashford (£6.8m) has given his manager plenty to think about, though.

After scoring the Gameweek 3 winner against Hull City, he bagged a hat-trick for England Under 21s earlier in the week and will be pushing Juan Mata (£7.5m) for a start on the right.

The Hammers manager opted for a 3-5-2 formation away to Manchester City in Gameweek 3 but now has midfield trio Dimitri Payet (£9.4m), Manuel Lanzini (£6.4m) and Sofiane Feghouli (£5.4m) fully fit.

With striker Simone Zaza (£7.0m) arriving on loan from Juventus, we could see Bilic switch to a 4-2-3-1, with Payet and Michail Antonio (£7.0m) favourites to occupy two of the three spots behind Zaza.

Leicester City may be set to hand record signing Islam Slimani (£8.5m) a debut this weekend.

The Algerian international could be utilised off the bench, allowing Shinji Okazaki (£5.9m) to tuck in behind lone striker Jamie Vardy (£9.9m) away to Liverpool.

Alternatively, his inclusion in Claudio Ranieri’s first XI could see the Foxes line up in a 4-4-2 formation, with the new boy alongside Vardy at Anfield.

With Xherdan Shaqiri (£6.4m) still sidelined due to a calf complaint and Mame Biram Diouf (£5.9m) almost certain to miss out at home to Tottenham Hotspur, the Potters boss could utilise Jon Walters (£5.9m) on the right flank after the Irishman netted twice in recent internationals.

Bojan Krkic (£6.0m) or Giannelli Imbula (£5.0m) could tuck in behind Bony as the hosts look for a first win of the season.