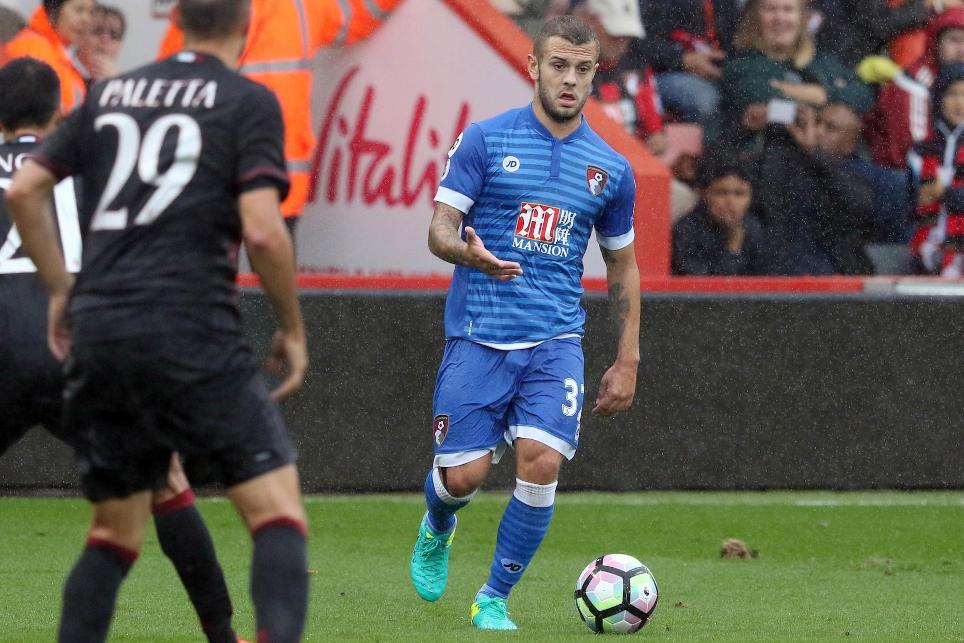 The Scotland international's departure has been felt by the Cherries so far – they have scored only twice in three Gameweeks and averaged an effort on goal every 10.6 minutes, the third-lowest rate of all Premier League sides.

Howe's loan acquisition of Arsenal's Jack Wilshere (£5.9million) could provide the perfect solution for both parties.

Limited to just 10 Premier League starts over the previous two seasons due to injury, the fit-again England international will be looking to establish himself as a regular at Vitality Stadium.

The Cherries manager has mainly utilised a 4-4-1-1 formation this season, with Josh King (£5.5m) sitting in a central-support role behind lone striker Callum Wilson (£6.4m).

King has clearly benefited from his advanced berth – he opened the scoring in the Cherries’ 1-1 draw at Crystal Palace in Gameweek 3 and has registered more shots (six) than any team-mate so far.

Yet Wilshere's arrival offers Howe a different option as he seeks to instil more craft and guile in the final third.

In the last season in which he played over 1,000 minutes (2013/14), the England midfielder registered a key pass every 54.8 minutes – a far more frequent return than former playmaker Ritchie’s 74.5 last season.

A consistent run of starts in the first team should allow Wilshere to build up his match sharpness, potentially offering Fantasy Premier League managers an option in the sub-6.0 price bracket.

The upcoming schedule offers him an opportunity to make an immediate impression in his new surrounds.

According to the Fixture Difficulty Ranking, AFC Bournemouth are afforded a score of two or less for six of the next nine Gameweeks.

On his day, Wilshere undoubtedly has the talent to dictate matches and inspire the Cherries, though his acquisition comes with a caveat.

Considering he last played the full 90 minutes in any competitive match for Arsenal back in September 2014, those ongoing fitness concerns indicate a degree of caution should be exercised before committing to Wilshere's potential.

Saturday presents an early opportunity to assess that promise, with Wilshere in line to earn a Cherries debut against West Bromwich Albion and perhaps given a new attacking role with which to demonstrate his talents.