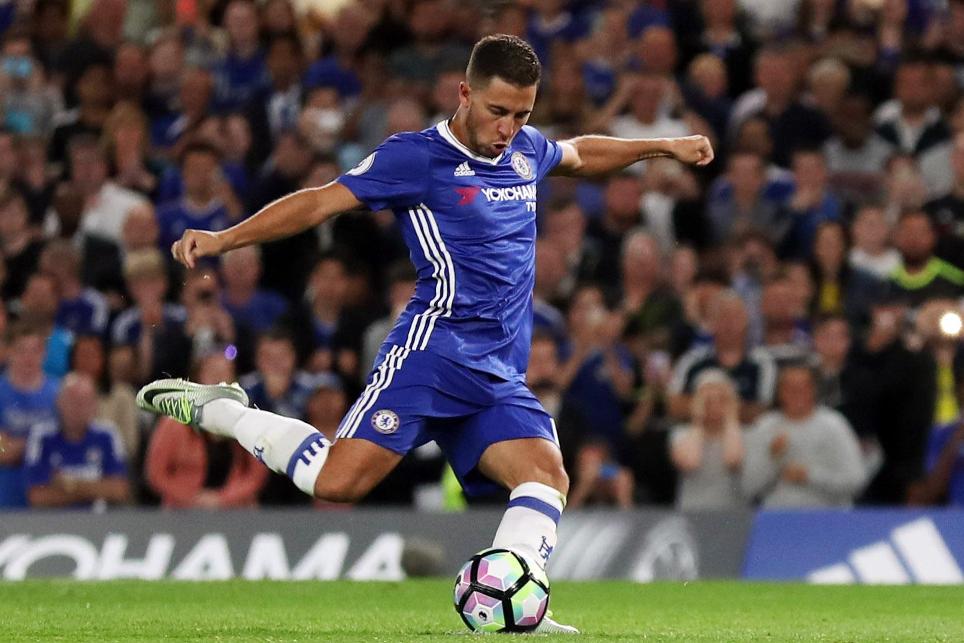 The Gameweek 4 captaincy decision takes on a different complexion for Fantasy Premier League managers as a result of Sergio Aguero’s (£13.0m) three-match suspension.

Eden Hazard (£10.2m) and Alexis Sanchez (£11.0m) both offer strong alternatives after serving up double-figure hauls in the previous round of fixtures.

The Chelsea winger has proven the more consistent of the pair, producing points in all three appearances under Antonio Conte ahead of a trip to Swansea City on Sunday.

Sanchez bagged a goal and two assists in the 3-1 win over Watford in Gameweek 3.

The Chilean has started all three matches up front for Arsenal but should move to his usual role on the left if Olivier Giroud (£9.0m) returns to the starting XI at home against a Southampton side who have yet to chalk up a clean sheet.

Mesut Ozil (£9.6m) is starting to rediscover the form that served up six goals and 19 assists last term and also got on the scoresheet at Vicarage Road.

Although he failed to score at Hull City last time around, the former Sweden international notched twice in his previous home appearance and has fired 12 attempts on goal so far – second only to Aguero for FPL forwards.

Ibrahimovic is now owned by 60.5% of FPL managers, making him the most popular player in the game.

Diego Costa (£9.7m) and Romelu Lukaku (£9.0m) return to domestic duties after scoring twice for their national sides over the break.

With two goals and an assist already accrued, Costa is another to benefit from Conte’s arrival at Stamford Bridge – he has equalled Hazard for efforts inside the box, with seven apiece.

Lukaku has yet to find the net under new manager Ronald Koeman but has managed seven attempts on goal in limited pitch time, producing a goal attempt every 25.3 minutes. The Belgian is also the third-top forward for chances created (five), despite only being handed his first start of the season in Gameweek 3.

Dimitri Payet (£9.4m) returned to fitness for France over the international break and looks in line to be handed a first start of the campaign when West Ham United entertain Watford.

Having averaged 5.7 points per match in his debut season, the playmaker will be looking to profit from the Hornets’ defensive frailties – no other side have conceded more goals (six) than Walter Mazzarri’s men.

Having scored in each of his last two outings, Michail Antonio (£7.0m) offers FPL managers an intriguing value option.

The former Nottingham Forest winger produced six of his eight goals at home last term and is looking to enjoy four fixtures in front of the Hammers' fans over the next six Gameweeks.