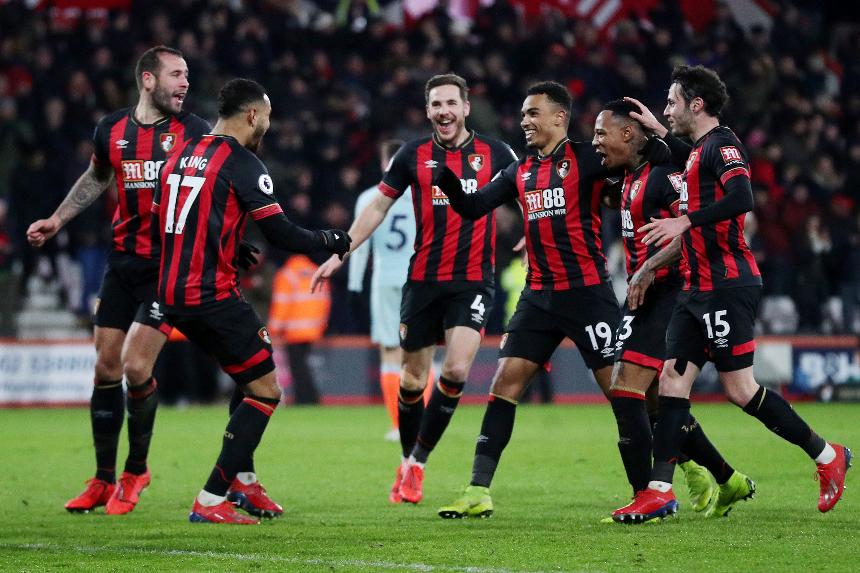 The Blues might have taken the lead when Mateo Kovacic's header was acrobatically pushed on to the crossbar by Artur Boruc.

But the home side opened the scoring two minutes after the break when David Brooks played in King to finish with a first-time shot.

The Cherries striker turned provider for Brooks to make it 2-0 on 63 minutes following a mistake by David Luiz.

AFC Bournemouth extended their lead as Junior Stanislas cut a cross back to King to strike again by poking past Kepa Arrizabalaga.

A second successive league defeat for Chelsea, and their first by a four-goal margin since 1996, leaves them in fifth place with 47 points, behind Arsenal on goals scored.

AFC Bournemouth move up to 10th on 33 points.