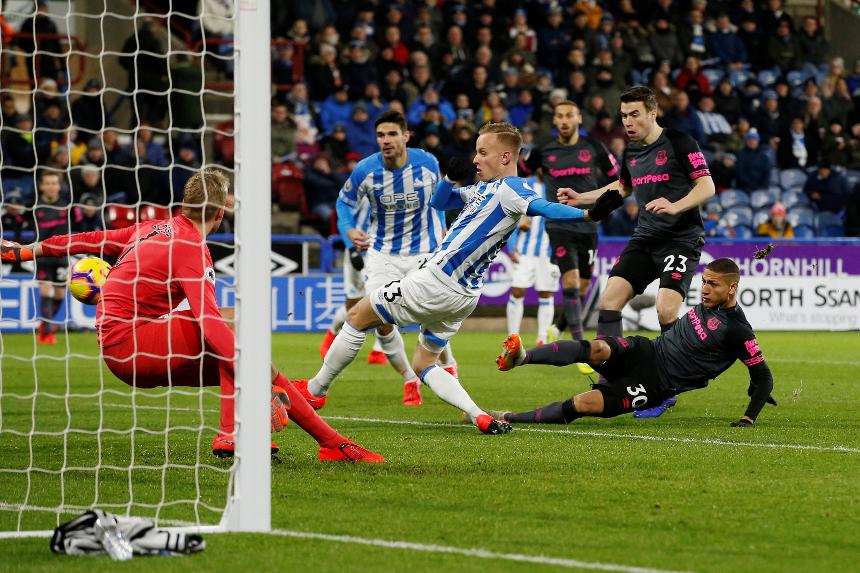 The visitors took less than three minutes to open the scoring, with Richarlison reacting quickest to a Jonas Lossl save to prod the ball in.

Everton substitute Lucas Digne was then shown a red card for denying Adama Diakhaby a goalscoring opportunity with 24 minutes to play.

Aaron Mooy came close from the resulting free-kick but was denied by Jordan Pickford, who produced another fine save to deny Elias Kachunga an equalising goal on 79 minutes.

The defeat for Huddersfield means they stay bottom of the table on 11 points. Everton are eighth on 33 points.