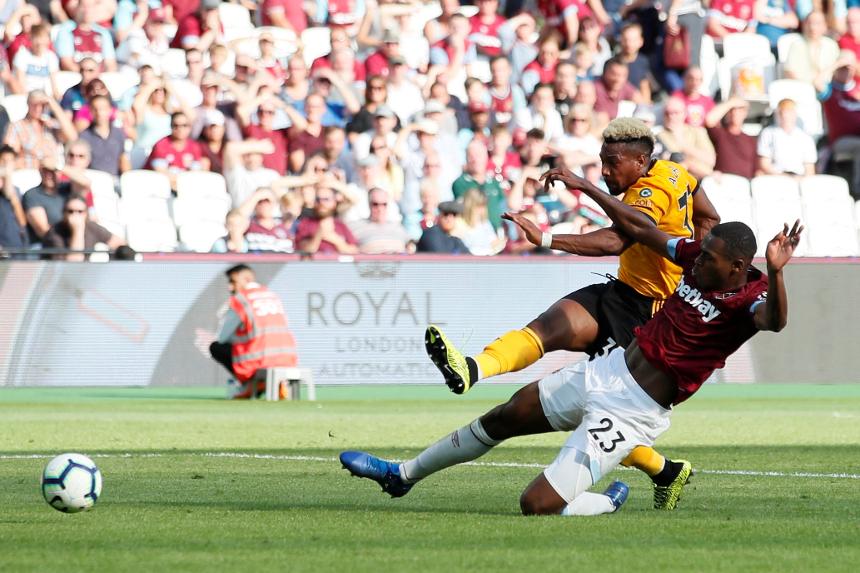 Wolverhampton Wanderers are seeking a second successive victory after their thrilling 4-3 win over Leicester City.

West Ham United, who lie just one point behind their hosts, are aiming to respond after their 2-0 loss at AFC Bournemouth.

Having signed a contract extension, striker Marko Arnautovic is set to return to the West Ham squad after missing the weekend's FA Cup fixture.

Ryan Fredericks (shin) could return as well. But Lucas Perez has been ruled out after receiving a kick.

No team have scored more 90th-minute goals in the Premier League this season than Wolves, with four, while only Burnley, with seven, have conceded more than West Ham's five at this time. Wolves’ winner in September’s reverse fixture also came in stoppage time.

Wolves are looking to do the league double over West Ham for the first time in their history. This is the 30th different campaign in which the sides have met.

West Ham are unbeaten in their last eight PL matches played on a Tuesday (W6 D2), since a 3-1 defeat at Arsenal in April 2014.

Felipe Anderson has been directly involved in four of West Ham's last five PL away goals, scoring three and assisting another.