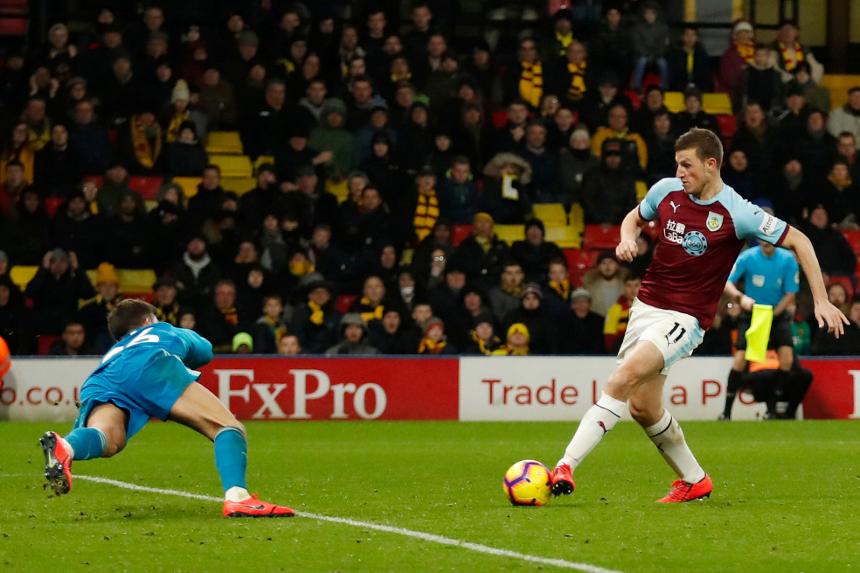 Chris Wood had a goal disallowed in added time as Burnley and Watford shared a goalless draw at Vicarage Road.

The hosts almost went ahead in the fourth minute when Ken Sema had a shot cleared off the line by James Tarkowski.

Burnley might have taken the lead five minutes before the break, but Ashley Barnes blasted his effort wide when well placed to score.

Ben Foster was twice called into action to deny Barnes and Jeff Hendrick as Burnley piled on the pressure.

With the match nearly over, Dwight McNeil had his shot saved and Wood put the ball into the net, only for the goal to be ruled out for offside.

Watford remain seventh with 33 points, while Burnley fall to 16th on 22.