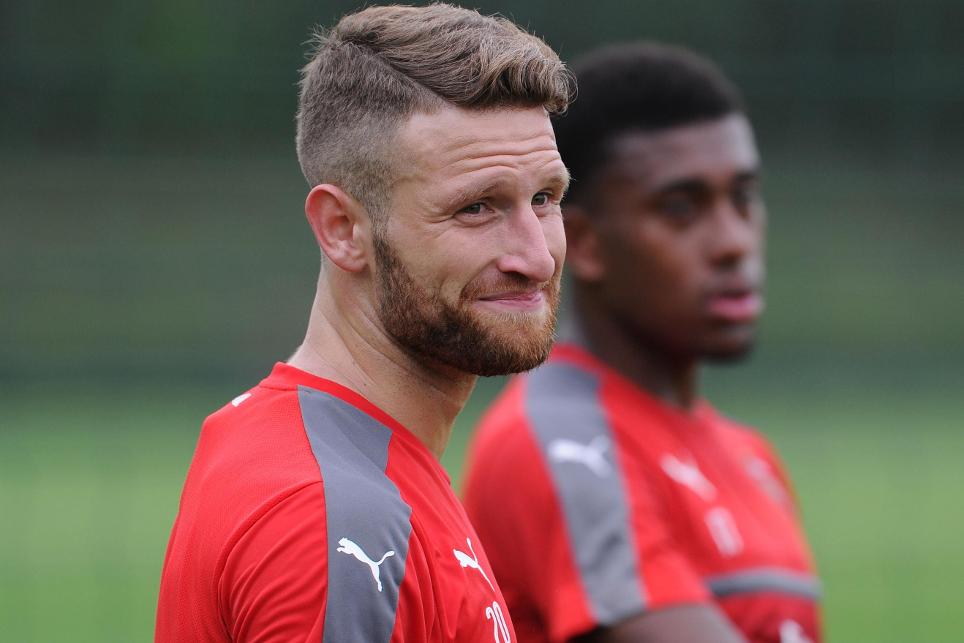 A flurry of late deals were done by Premier League clubs in the transfer window, meaning a number of players could make debuts for their sides this weekend.

Claudio Bravo is fit to make his first sortie for the club, should Pep Guardiola choose to replace Willy Caballero in goal.

Leroy Sane, who was signed by Guardiola before the season started, says he is "ready to play" after recovering from a hamstring problem, while Ilkay Gundogan could get his first minutes in a City shirt having recovered from a long-term knee injury.

Shkodran Mustafi and Lucas Perez both trained with their new team-mates at Arsenal this week, while Southampton's club-record recruit from Lille, Sofiane Boufal, is progressing well for fitness but Southampton fans will likely have to wait to see the winger in action.

Eddie Howe says Jack Wilshere has looked "very bright and good in training", with the Arsenal loanee pushing to start after a friendly against AC Milan.

Brad Smith, Marc Wilson and Emerson Hyndman are yet to play in the PL since signing for AFC Bournemouth this summer.

See: 'Jack has settled in very well' | Chadli on why he chose Albion

Up to eight deadline-day signings could feature at Turf Moor.

Burnley's Jon Flanagan will also be eyeing a debut after recovering from injury.

Crystal Palace's Loic Remy will not yet be able to replicate his debut impacts for Newcastle United, Queens Park Rangers and Chelsea after an injury.

Alan Pardew has confirmed Mathieu Flamini, who signed on a free transfer on Thursday, will travel to the Riverside Stadium, but the midfielder may be lacking match sharpness.

Calum Chambers, Adama Traore and Bernardo Espinosa could feature for Boro for the first time.

See: Karanka welcomes selection headache | Flamini - 'this is an interesting challenge for me'

Stoke City and Tottenham Hotspur each acquired three new recruits on deadline day who could feature at the bet365 Stadium.

Lee Grant, who could be named as a Stoke subsitute behind goalkeeper Shay Given, was quicky followed by Bruno Martins Indi and Wilfried Bony. The Ivory Coast striker, on loan from Manchester City, has scored on both of his two previous Premier League starts against Spurs.

Moussa Sissoko and Georges-Kevin Nkoudou will be harbouring debut hopes for Spurs, but the match may come too soon for young goalkeeper Pau Lopez, considering Hugo Lloris has been passed fit.

Edimilson Fernandes, Simone Zaza and Alvaro Arbeloa were all late arrivals for West Ham and could appear at the London Stadium for the first time, as could Sofiane Feghouli in league action.

Having recorded 27 goals and six assists for Sporting Lisbon last season, Islam Slimani will be pushing for a Premier League debut at the enlarged Anfield. Bartosz Kapustka has also yet to feature for the Foxes.

See: Klopp's fitness update | Ranieri - 'he is ready to play'

David Luiz and Marcos Alonso may have to wait until Matchweek 5 for club debuts, according to the Chelsea head coach.

"The new players need a bit of time to work with a new method, a new philosophy, a new idea of football and it’s important to give them a bit of time," Antonio Conte told chelseafc.com ahead of the trip to the Liberty Stadium.

For Swansea, record signing Borja Baston could finally make his debut, while deadline-day recruit Alfie Mawson, from Barnsley, and Mike van der Hoorn will both push for a place in Francesco Guidolin's team.

David Moyes handed Victor Anichebe a PL debut at Everton but the striker, signed as a free agent on 2 September, will not play against his former club.

"He’s going to need a while, because he is not ready to play yet,” Moyes said.

Moyes also suggested that Mika is unlikely to usurp Jordan Pickford for a starting place in goal, but Dider Ndong and Jason Denayer could feature for the Black Cats.

For Everton, Enner Valencia is the sole player who could make his debut.