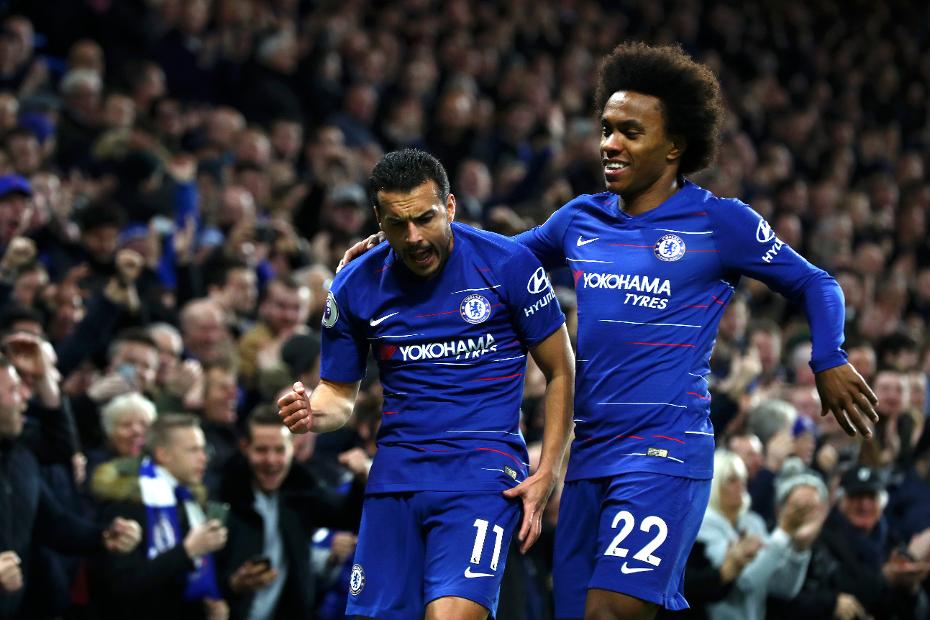 Goals from Pedro and Willian gave Chelsea a 2-1 victory over Newcastle United at Stamford Bridge to strengthened their hold on fourth place.

Pedro opened the scoring on nine minutes, latching on to a searching David Luiz pass before lobbing Martin Dubravka.

Pedro was denied a second goal two minutes after the restart before Willian restored Chelsea's lead with a curling effort from the edge of the penalty area.

Salomon Rondon came close to earning a point for the visitors late on, but headed Javier Manquillo's cross just wide of the target.

The win means Chelsea are within a point of third-placed Tottenham Hotspur, who face Manchester United on Sunday, and six clear of Arsenal, in fifth.

Newcastle are third from bottom with 18 points.