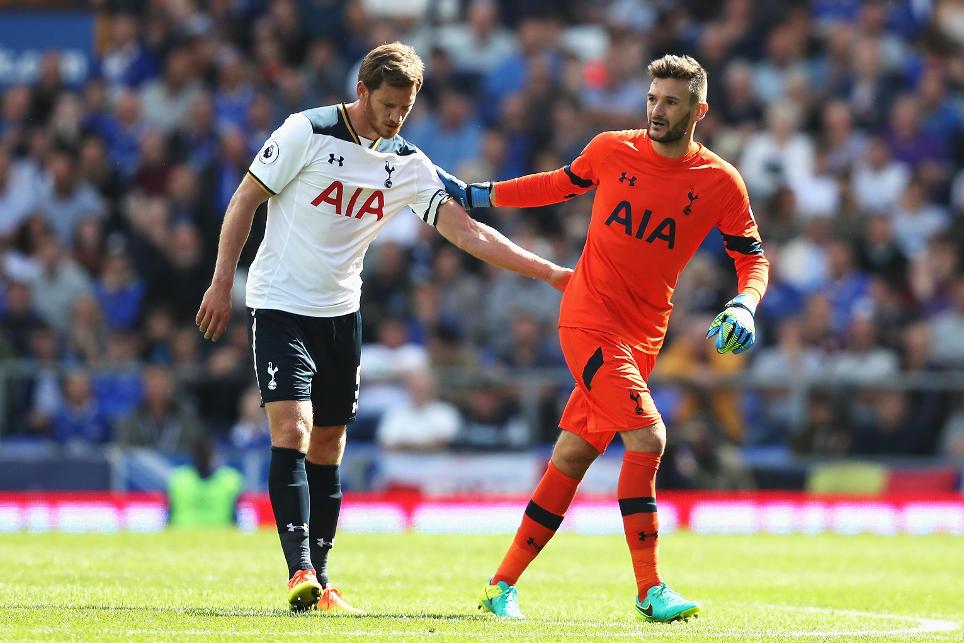 Glen Johnson could play a part after recovering from a thigh problem to return to full training on Thursday but Mame Biram Diouf will likely miss out.

Mauricio Pochettino has confirmed that Hugo Lloris "is ready and available to play" after a hamstring strain but Danny Rose has been ruled out after picking up a knock during the international break.

Mousa Dembele serves the final match of a suspension.

Spurs have won more matches at the bet365 Stadium than any other Premier League side (5).

Stoke suffered their joint-biggest PL home defeat in this fixture last season, but that 4-0 win is Mauricio Pochettino's only PL victory against the Potters as a manager.

Shay Given could make his 450th Premier League appearance in this match, becoming only the fourth goalkeeper to make this milestone after David James (572), Mark Schwarzer (514) and Brad Friedel (450).

New Stoke signing Wilfried Bony has scored in both of his previous two Premier League starts against Spurs.

Mark Hughes on Wilfried Bony: "We have been working on where he is at his best and how we need to feed him. He is scoring four, five or six goals every session we have."

Mauricio Pochettino: "Every supporter will have a different idea and will pick different names. Sometimes it’s difficult to be fair with everyone but it's football and they understand that."